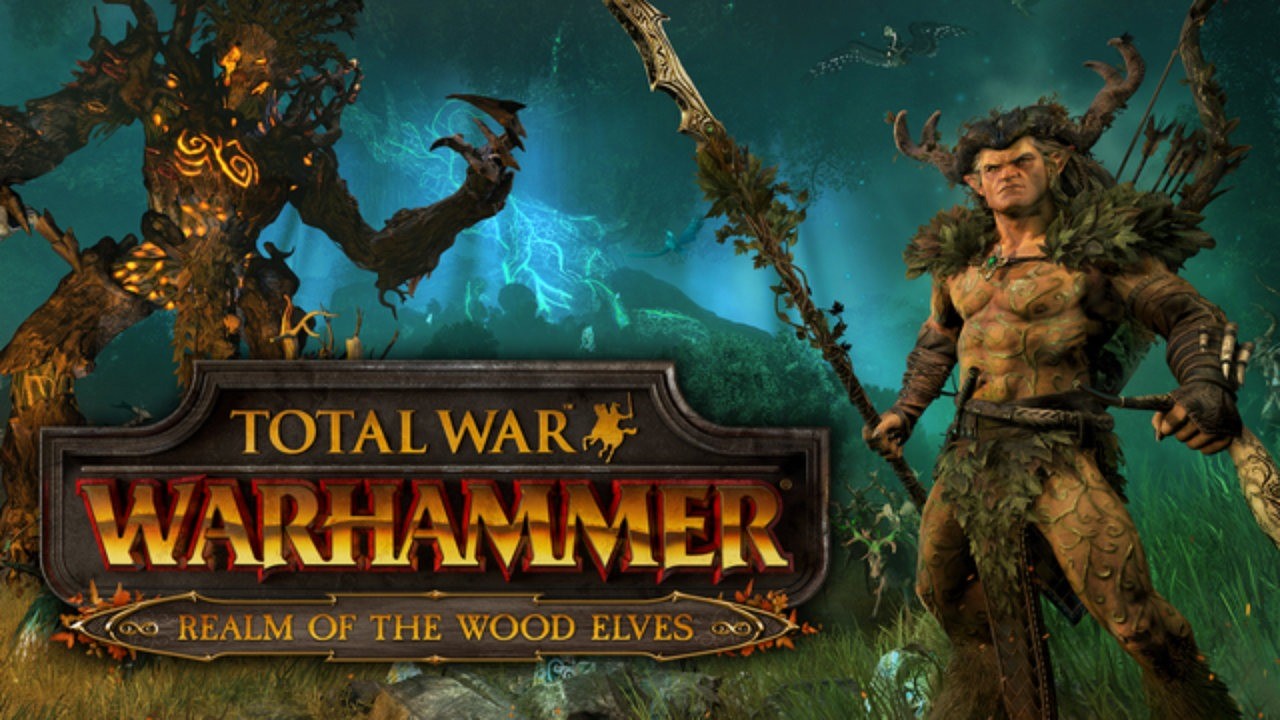 Ah, at long last—the Wood Elves DLC that everyone has been murmuring about, for it seems like ages now, is finally upon us. I’ll be the first one to admit that, more than any other faction, the Wood Elves intrigued me the most. Well, let me back up a little bit. Ever since first playing the Eldar faction in the futuristic version of the Warhammer series, Warhammer 40K, specifically the first Dawn of War (along with the Ultimate Apocalypse Mod), I was smitten by their hit and run playstyle. But, I had to purposefully set the game’s speed to “very slow” in order to micro them effectively (DOW’s default game speed is also hyper fast).

Yes, the Eldar, being space elves, would get their narrow behinds handed to them in any all-out slugfests, most people should know that by now. But, played as they ought to be, as wily, fast-moving skirmishers, their devastating asymmetric tactics quickly become evident. This suited them to ambushing their enemies and harassing them, as opposed to more traditional head-on clashes. Indeed, look up the term “glass cannon” and you’ll probably find images of Elves and their futuristic brethren, the Eldar. 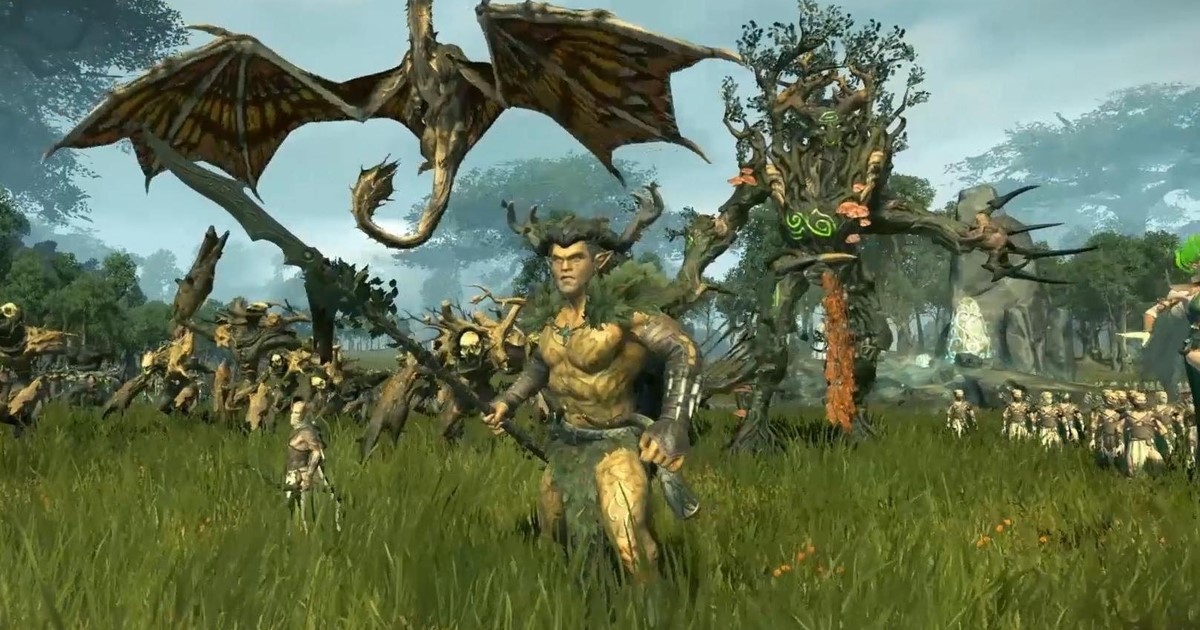 Which leads me to scratch my head as I listen to the veritable cacophony of whining and moaning coming from critiques of Creative Assembly’s latest Total War: Warhammer DLC, titled Total War: WARHAMMER – Realm of The Wood Elves. If you go to the DLC’s Steam page, you’ll find a wall of armchair critiques (that’s putting it generously) and posts containing frothy blather about how fragile the new Wood Elves faction is, prompting more head scratching on my part. Well duh, they are Elves—their skin is paper mache and their bones have the durability of cardboard, what else did you expect?

But on to the DLC itself. One of the things that I really love about Total War: Warhammer, as I did with Dawn of War, is that each and every faction is totally unique. Not just in terms of aesthetics and campaign goals, but in their intrinsic playstyles. This really makes it an easy game to get into, since there is sure to be at least one faction that gamers can find accessible enough to champion. 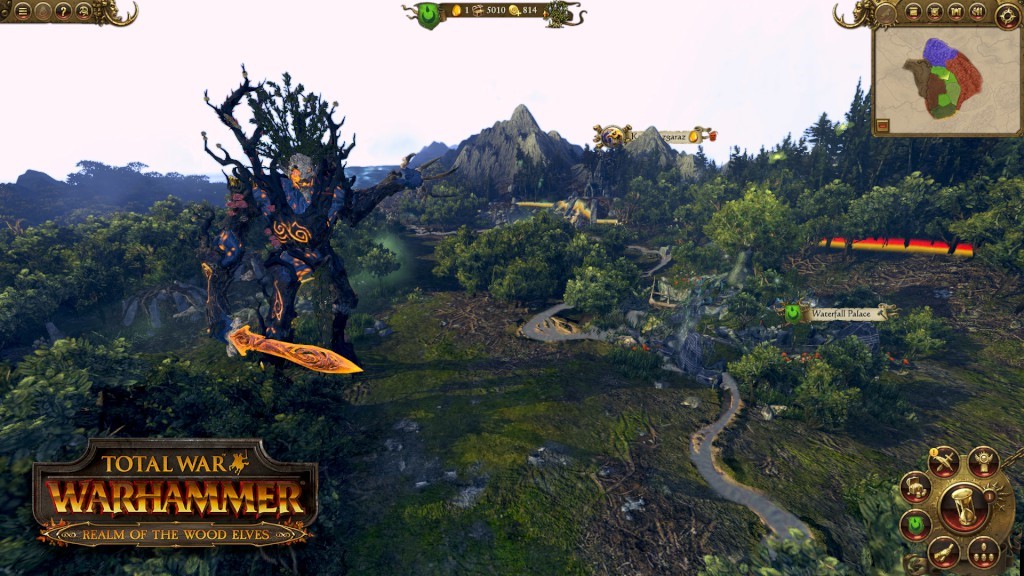 But whoa, I thought the last DLC was a serious departure from the already established factions. The Wood Elves are truly in a category all their own. First off, let’s talk about the fact that, unlike other races already present in the game, Wood Elves are tree-hugging isolationists. Think of them as fierce defenders of the environment, that, once pushed, will gear up and ride on their enemies, sparing no quarter. We’re talking the Earth Liberation Front on steroids here, since Wood Elves have access to fast charging, giant stag-mounted Wild Riders, ferocious, tattooed warrior women Wardancers, and thirty-foot tall wooden behemoths known as the mighty Treemen (think Ents from Tolkienian lore).

The Wood Elves have their own forested enclave just east of Bretonnia, the center of which houses their most valued possession, the Oak of Ages. The ancient and massive tree not only provides both sustenance and stability to the Realm of the Wood Elves, but also provides them with access to higher tier units. In both the Grand Campaign, as well as the featured mini-campaign, if the Wood Elves ever lose their ancient tree totem, its game over for them. In this regard, anything that they see as even a remote threat to the Oak of Ages, has to be taken out. And the Wood Elves feature a full force of units capable of dealing with any foe. Well, I must add a caveat here. With any foe—on the condition that they are played correctly, which isn’t as easy as it sounds.

First off, the Wood Elves’ isolationist nature (no pun intended) makes them rather irksome to expand as easily as other factions. While they can indeed branch out (again, no intentional pun), in true hippy-dippy style, they don’t have the capacity to build upon towns and cities that they overtake. They can only build flimsy settlements around them, with minimal upgrades. Just think, if today’s living off the grid folks all got together and formed a massive war party, expanding across the globe, only to not really establish much of anything permanent. 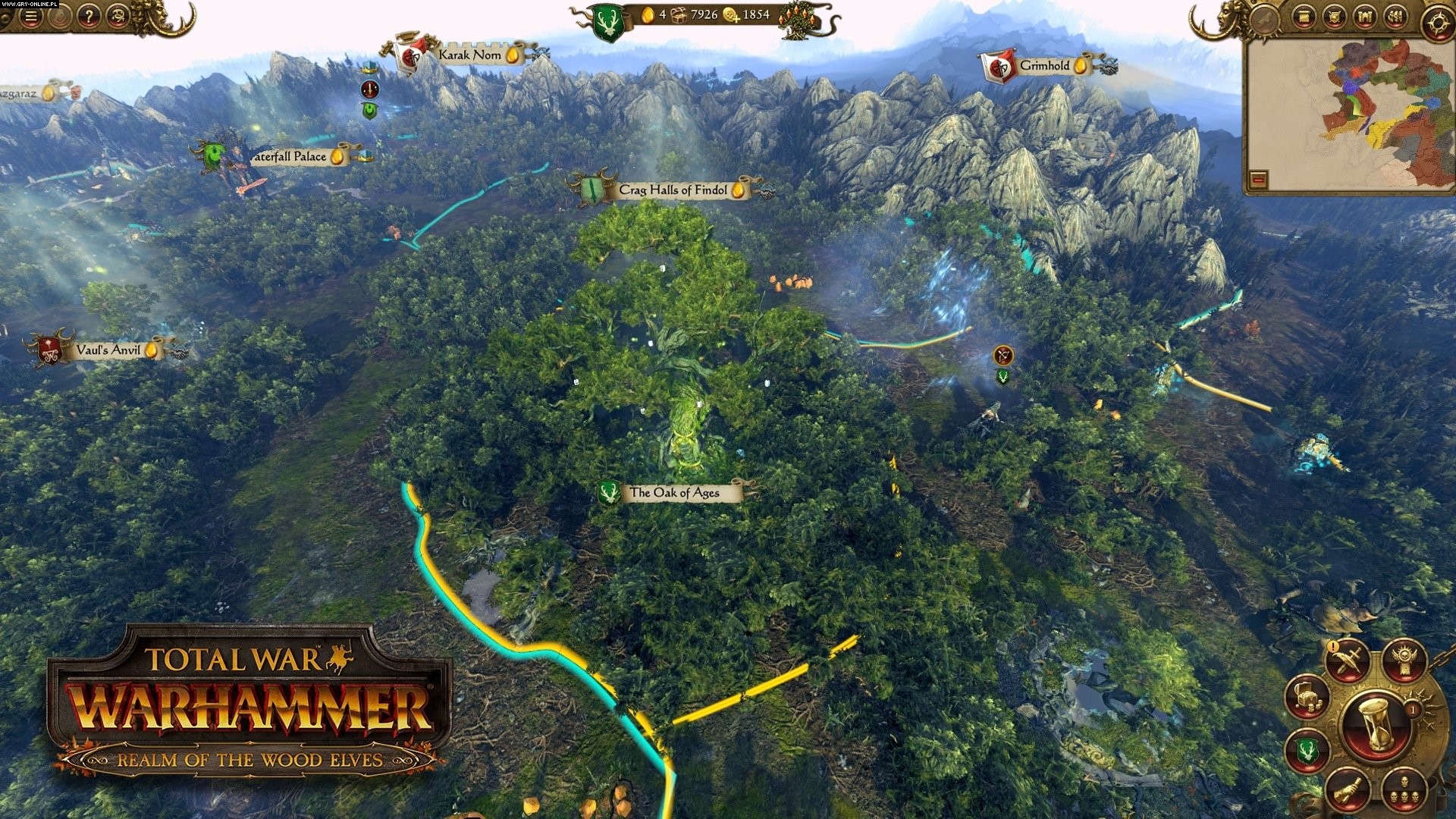 Therefore, it is very important to play the Wood Elves somewhat schizophrenically. On one hand, they are in a sense, always defending their homelands, but on the other, quickly hitting their enemies and dispatching them as efficiently as possible in order not to lose too many of their pricy (by other faction’s standards) units.

Although the Wood Elves military is indeed a costly lot, their hard-hitting units are well worth it, granted you don’t let them perish in any sustained conflicts. All Wood Elf units have specific roles that need to be catered to if one is to be successful on the battlefield. I found that I was most successful by initially utilizing my ranged units as harassers, as they can fire in 360 degree—while moving. If I was able to draw in my enemies, I’d ambush them from the forests and flank them with melee units as Treemen, Dryads, and Wardancers, while continuing to pepper them with my archers.

If I noticed any units attempting to flank my melee units I’d concentrate my withering volleys of arrows on them until they were utterly destroyed. Wood Elves have the most devastating archers in the game, and their arrows can even be buffed for additional range, splash damage, and poison (ouch!). The new magic schools, the Lore of Life and the Lore of Shadows, feature some of the most powerful spells in the game, and only serve to increase the Wood Elves’ already high damage-dealing potential. Just make sure that you don’t leave either your archers, or spell-casters undefended, or they’ll quickly be reduced to mincemeat by any fast moving units such as cavalry. 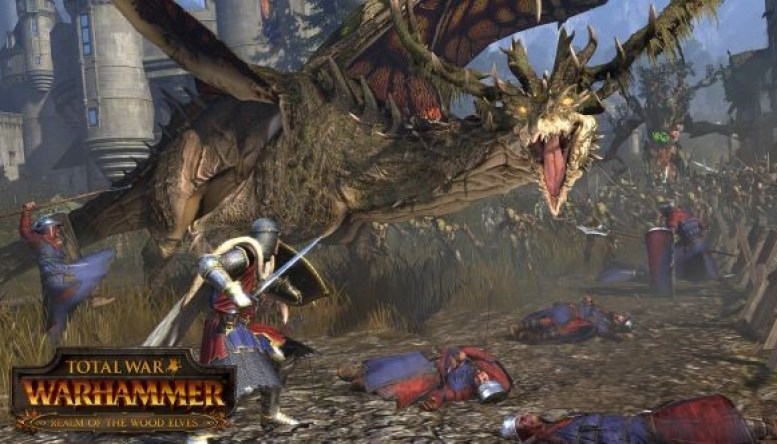 Realm of The Wood Elves also features some of the best visuals yet seen in Total War: Warhammer, at least in my opinion. I really enjoyed their nature aesthetic, with flowing twig-woven robes and integration of animals into their armies. There is nothing like seeing nature’s wrath in action, as Giant Eagles slice through the skies down upon bewildered foes, snatching them up in their massive beaks, flinging them far up into the air, only to plummet to their deaths. The Forest Dragon is also a treat to behold—I mean, when’s the last time that you saw a gigantic green dragon sprouting antlers from its head, and spraying its foes with geysers of acid?

In all Total War: WARHAMMER – Realm of The Wood Elves is the series’ most impressive DLC so far. Creative Assembly is fast becoming one of my favorite triple A developers, because they still aren’t afraid to take a risks, unlike many others, who like to play it safe. The Wood Elves play so differently from the other factions, and are so challenging to learn how to play, that they make for a daunting yet fun-filled prospect because of their kill-or-be-killed ferocity. In Realm of The Wood Elves, CA’s gamble payed off in spades.