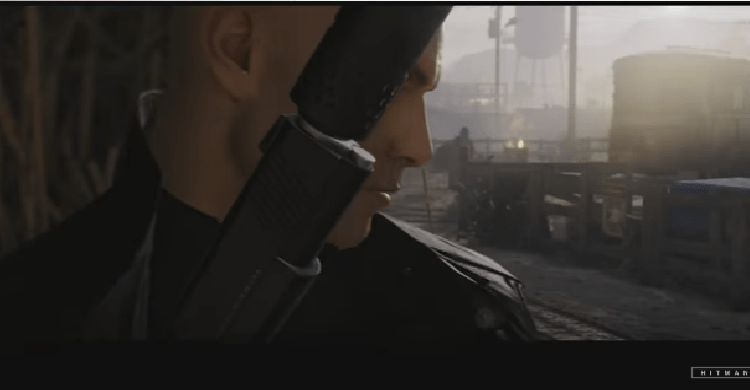 When I’d first heard that the next Hitman episode would be set in Colorado, I was pretty ecstatic. I fantasized of Agent 47 infiltrating some suburban shopping mall in order to take out a burgeoning pop star, and could just hear the lyrics from a certain 80s hit playing over and over in my head: “I think we’re alone now—“ BANG! I guess you weren’t.

Or, perhaps it would be set in a circus, or better yet, some sort of amusement park. If that were the case, Agent 47 would probably have his choice of too many disguises for the first time, ever. I mean, could you imagine our dastardly assassin scratching his head at all of the possibilities within one of those venues? Hmmmm…what should I go with—the clown? Or maybe the Elephant Man knockoff? Or perhaps I’m feeling like I need a cathartic release, so I might lift that grim reaper costume… 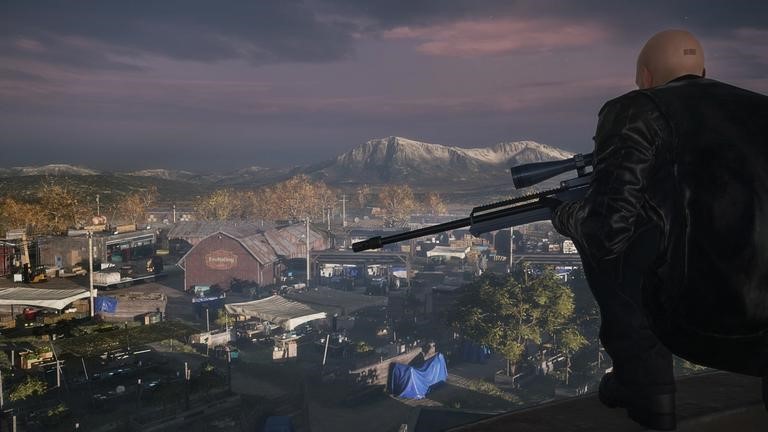 Then I booted the game up for the first time and saw that it was a rather drab stretch of land up in the Rockies, filled with pastures, farmhouses, and a few small town structures tightly knit together. Yet, I still stubbornly clung to my fantasies—maybe my imagined pop star was visiting her family home, you know, in order to reconnect with her humble roots and all that hullabaloo. I’d just have to stroll down from my mountain perch starting point and blend in wi—POW! No sooner than I’d made it down to the periphery of the small town that my head was filled with a few .30-06 rounds.

That sure snapped me out of my musings. Again, I tried to creep down from an elevation (after scoping things out of course) and blending in with the locals. And yet again I met the same fate. I finally realized that IO Interactive went in a completely different direction from previous Hitman installments. They made the entire level hostile territory. Personally, I liked this drastic change of pace and setting. It really forces players to break from their complacency, having been used to larger public areas with which to operate within. 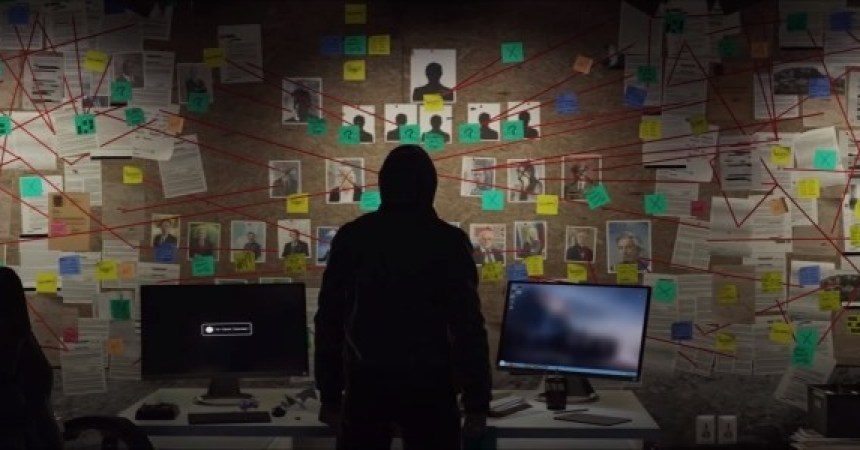 In previous episodes, such as Sapienza (still my favorite to date), and Paris, Agent 47 could shimmy and shuffle amongst the herds of sheeple—a wolf hatching his next devious assassination plan as he watches his prey from afar. In Episode 5: Colorado, alternately titled Freedom Fighters (I love the dark jingoism), everyone in the quaint little town is an enemy. That’s right, the entire area has been overtaken by a militia group who has converted it into a sprawling paramilitary training camp.

Without spoiling any major plotlines or story revelations, I’ll just say that Episode 5 is linked to the four previous episodes. As well, there are four main targets for Agent 47 to take out this time around. We’ve got Penelope Graves, somewhat of an idealist who joined the wrong cause in her naiveté; Maya Parvati, a hardened, bloodthirsty assassin; Ezra Berg, a sadist interrogator; and the main baddie himself, Sean Rose.

The colorful cadre of characters stand in stark contrast to the rather mute and drab tones of the farm town’s surroundings. It looks fittingly depressed, dreary, and perpetually cold, just like the menagerie of murderers who inhabit it. I thought it was a perfect change of pace from previous episodes and went a long way in conveying the essence of the Rocky Mountain region (I’ve been there before). 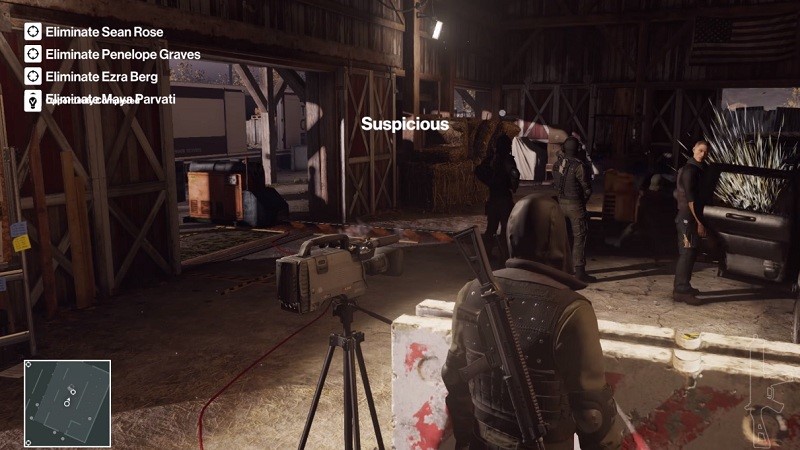 The “everyone knows your business in a small town” phrase is really kicked into overdrive in Episode 5. That’s because literally, if you’re not one of the militia’s members, they’ll probably shoot you first and ask questions…well, never. This forced me to re-adapt my tactics, and soon I felt as though I was having flashbacks and playing some of the levels straight out of the brilliant Metal Gear Solid: The Phantom Pain. In other words, Episode 5 is the stealthiest offering yet, and one false move can spell Agent 47’s doom, as well as the end of the mission.

Fortunately, you can still take out lower level targets and take their outfits for disguise purposes, but it’s much trickier to do so. Instead of the usual hosts, bagboys, waiters, and security guards from which to boost outfits off of, in Episode 5 you are presented with a close-knit gang of cutthroat killers—veteran mercenaries, crafty assassins, demolitions teams, and crack hackers.

Where it does have something in common with previous Hitman episodes is in its layout. Not the literal layout per se, but rather the fact that it is divided up into specific regions. For instance, you can’t just disguise yourself as one of the mercenaries and think you can just run all up into the pastures region, which is utilized for demolitions testing. Infiltrating that area requires you to take down one of the demo guys themselves and snag their uniform. Similar to Metal Gear titles, or any of the Splinter Cell games, each area presents its own host of stealth opportunities to exploit, much more so than in previous episodes. 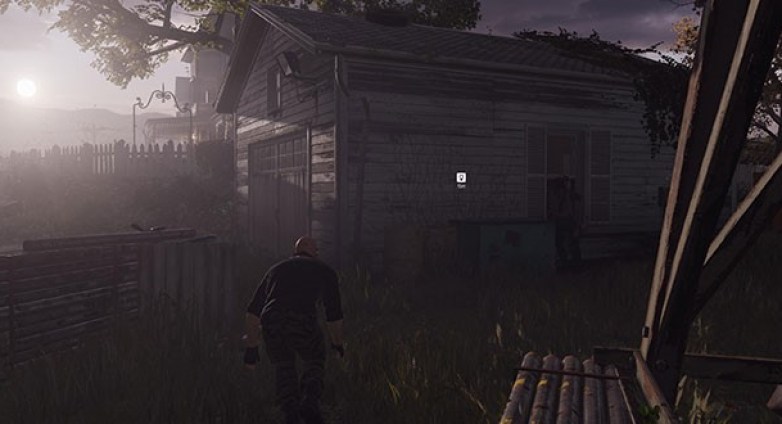 Graphically, Episode 5 stands up well against the previous entries. While not as bright and colorful as a beautiful Mediterranean resort town, or as lush and bustling as an exotic locale in Southeast Asia (Sapienza and Bangkok respectively), Episode 5 captures the chilly, stark feeling of a small town high up in the mountains of Colorado. The character models are also very well done, with appropriately moving mouths and eyes, and wavering clothes. Looks-wise, Hitman has never looked better.

There is also an attempt to integrate both Blood Money and Silent Assassin into the overarching chronology. This kind of confused me. Wasn’t IO Interactive supposed to be rebooting Hitman altogether? Why the need to explain previous titles and try to cram them into the fold if so? Disjointed narrative aside, within the reboot series itself, Episode 5 manages to tie-in the previously rebooted episodes in a sensible manner. Episode 5 is also considered the penultimate installment. Therefore, it ends at a cliff-hanger, leaving room open for the final, dramatic showdown with…well who knows? 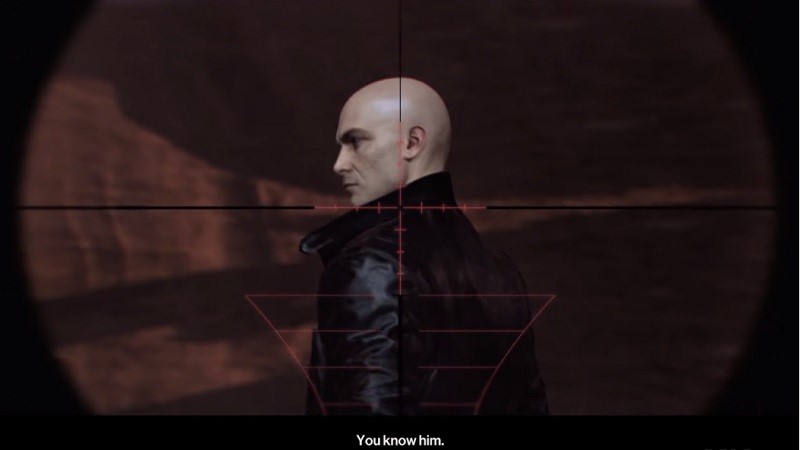 Hitman – Episode 5: Colorado is an excellent entry into the already impressive new Hitman series. I, for one, am enjoying IO Interactive’s piecemeal, episodic release structure, as it allows each episode to be played patiently in order to get as much as you can out of each one (I’ve played a few of them over several times). Episode 5 drastically departs from prior episodes and forces you to modify not only your tactics, but also your overall strategy with regards to taking down targets, both primary as well as peripheral. I’m looking forward to how this intriguing reboot concludes.