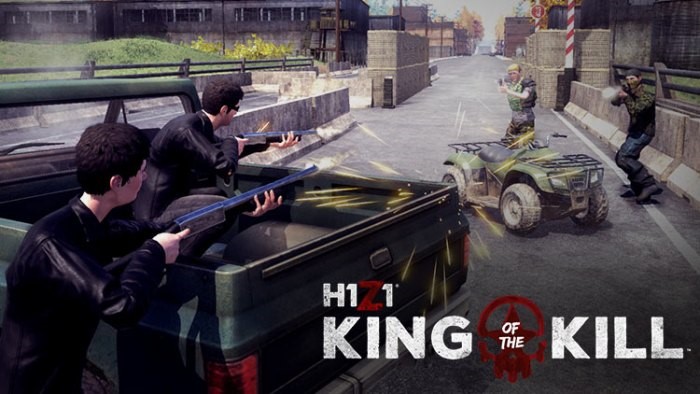 H1Z1 used to be a single game with two separate portions that you could buy for $20.00. Then, its developers, Daybreak Game Company got the brilliant idea of cutting the game in half, and offering its two separate experiences for $20.00 apiece. That was back in February of 2016, and needless to say a lot of people became very angry. The now totally separate games became H1Z1: King of the Kill, and H1Z1: Just Survive.

I did try both of them after the split, and to be truthful they seemed like the same gaming experience as when they had both been under the single H1Z1 title. Along with the aggressive micro-transactions that players were constantly presented with, I understood why many gamers became furious with the developers. Yet the game’s popularity never really waned. H1Z1 (at least King of the Kill) has always been one of the most played games on Twitch TV, and its notoriously addictive gameplay only seems to gain more players day by day, month by month.

So, I re-installed both Just Survive and King of the Kill just a few days ago (on my gaming laptop) and tried them both out, since Daybreak had announced a recent “MASSIVE” patch. I should have read it a little more clearly, because while they did indeed patch H1Z1 in a big way, the patch was only applied to King of the Kill, not Just Survive. So, on September 20th of this year (2016) they launched the patch for KotK and also declared that it had left its Early Access stage of development on Steam. That’s pretty big news for such a popular game.

Why is KotK so popular in the first place? Well, whereas Just Survive is more of a proper zombie apocalypse survival game, KotK is a deathmatch-style affair, which has now been re-branded as battle royale. In other words, take away the deadly encroaching poison gas that forces players into tighter and tighter proximity with one another, and you basically have deathmatch. Granted, you can play solo, or in two or five-man teams, but it’s still essentially deathmatch.

I wasn’t surprised by what I saw when I logged onto Just Survive. I could hear a pin drop. The survival aspect of H1Z1 seemed to have been abandoned in favor of the much more profitable KotK portion of the burgeoning franchise. Just Survive pretty much looks and plays the same way it did over a year ago when I first tried it out, but with much less people to play with. To be fair, I did check a news update on Just Survive’s Steam page, and Daybreak just announced yesterday (October 7th) that they’ve hired a new general manager to not only oversee, but also to breathe life back into the game. So we’ll see how that develops. 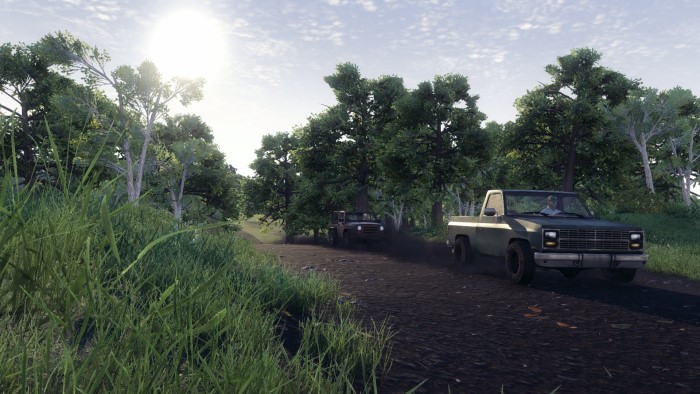 Afterwards, booted up KotK. It was like night and day. I was immediately bombarded with a new, flashy, multi-part intro, with new art and blaring music befitting the battle royale theme of the game. I jump right into a solo game and in no time I was parachuting down over the game’s single map. Upon landing I quickly scurried around for a gun. No sooner than I’d grabbed a pistol that I got perforated by an AK wielding foe. You see, in KotK, everyone around you is another player, there are no AI combatants to fend off. This makes things trickier as you’re dealing with real human intelligence (or in many cases people with some fast-twitch reflexes).

Then I tried a five player team server (there are also two player team servers). Surprisingly, everybody had working mics and were actually talking on them. As we all parachuted in together, we coordinated where we’d land and what we’d do. After landfall, everyone stuck together and we scavenged through a new urban landscape that I’d never seen before (I later learned that the developers had revamped the game’s entire main map).

From there, we secured a pickup truck and drove around in order to find new loot spots, as well as to avoid the periodic deadly gas releases (which makes the inhabitable area smaller each time). We were eventually forced to return to the main urban area in the center of the map and jumped out of our truck in order to take up defensive positions, and make our stand against the other final survivors. 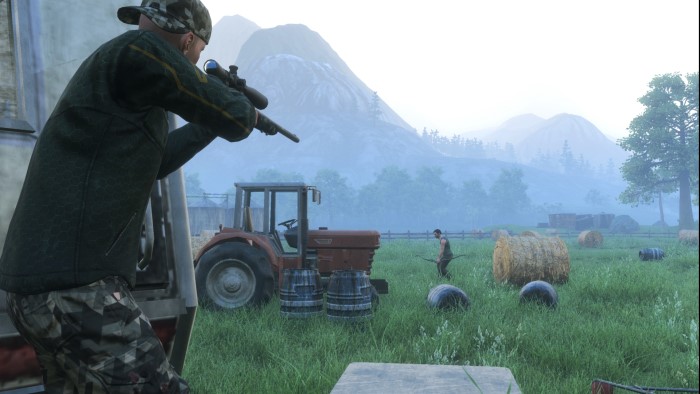 Again, I was surprised by the amount teamwork and communication that transpired—something that would have been unheard of in the earlier days of KotK. Suddenly, we spotted another team of combatants and engaged them in a grand shootout which sort of reminded me of the famous shootout scene that De Niro, Kilmer, and Pacino had in the movie Heat. Even though I eventually got toe-tagged, I came away with a sense of how much the developers had improved KotK. Of course, I just had to play it again and again…and again, just to make sure.

The objective in KotK, of course, is to (hopefully) land in a loot-heavy area, grab as many weapons, medical supplies, armor, and any other useful equipment as you can, perhaps secure a vehicle, and then wage war against other contestants that have likewise parachuted in and are doing the same thing. The gameshow style setup sees the overseers of the KotK contest release poisonous gas periodically in order to force the game’s combatants into smaller and more volatile quarters with one another. Whoever survives to the end is awarded the match’s booty in the form of highly valuable weapons and equipment.

It’s a pretty addictive formula, mainly because of each match’s fast pacing and unpredictability. It’s also a great gaming experience to share with a group of friends—although it seems a large portion of KotK’s demographic seems to be lots of young men (along with some more mature gamers such as well), which is fine because the enthusiasm levels are high. Once you get a solid, teamwork-based group of people together, KotK can be an absolute blast to play. However, occasionally you’ll get teamed up with people who either don’t have mics or don’t want to use them.0 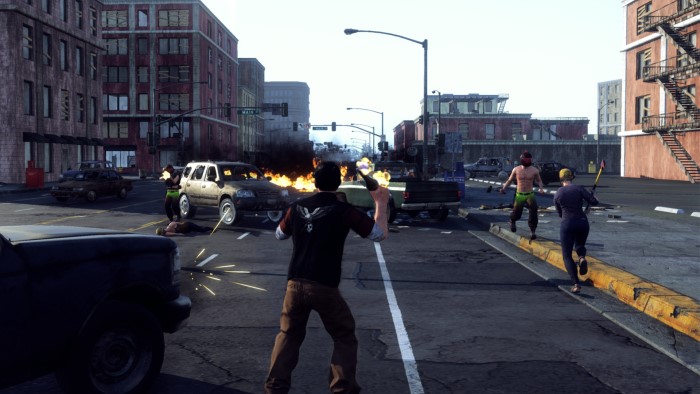 KotK’s graphics have really been improved dramatically over this past year. Everything is more detailed—the new weapon models look outstanding and now have real weight to them, and the character and environmental graphics look spectacular, all with new texturing and so forth. The weapons also now feel like they pack a punch instead of feeling like flimsy little toys. Shoot at enemies taking cover behind vehicles and watch the well-rendered sparks puff and blow away, for instance. KotK is one great looking game that is perfect to show off to your friends on a beefy gaming laptop.

H1Z1: King of the Kill has really been paid attention to by Daybreak, and I can now recommend it to people as a solid, fast-paced shooter. It’s not a game that has tons of depth or any sort of profound narrative, nor was it meant to be. But what it does, it does brilliantly. Whether you feel like jumping into a fiercely competitive, solo, winner-takes-all match, or just joining up with some friends and having a bunch of gun-toting fun, King of the Kill can be just what you’re looking for. I just hope that Daybreak will likewise up their game with regards to their other H1Z1 experience, Just Survive.