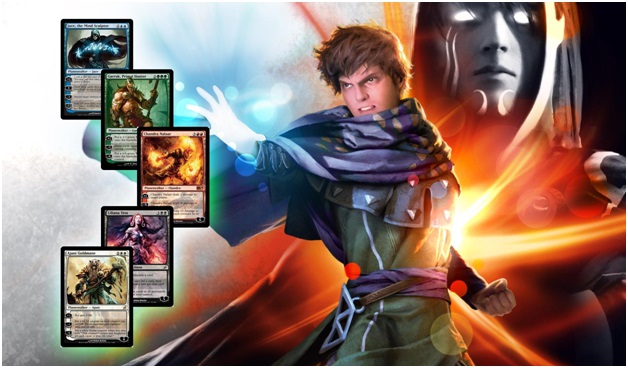 Card games have made a breakthrough. Thanks to creative developers and designers, they can now be played on your PC or gaming laptop. And as fans of strategy duel card games, we decided to create this list of the best tradeable card games you can play online.

Hearthstone is a collectible card game online based on the popular Heroes of Warcraft series. It features characters, creatures, and relics from the said series. It has a turn-based battle gameplay that uses constructed decks of thirty cards along with a selected hero. Originally released for Microsoft Windows and OS X computers, Hearthstone now supports Android and iOS mobile devices.

Star Crusade CCG is a newly released online collectible card game set in a sci-fi universe. The game allows each player to command one of the six factions fighting for supremacy in an unclaimed sector in space. Your primary goal is to collect as many cards as possible and build your own deck that can withstand the odds, and lead you to your victory.

HEX: Shards of Fate offers a unique game to players with its TCG gameplay combined with RPG elements. The game allows you to collect more than 1,000 unique cards and dive into epic battles. It is set in the fantasy world of Entrath, filled with sinister dungeons. Use your cards to fight your way through, and defeat other players online.

Infinity Wars: Animated Trading Card Game is said to be one of the best designed digital card game online. With it’s rich lore and impressive artwork, the game offers a simple mechanic that is both easy to learn and hard to master. Customize a deck from over 800 animated cards and play in a 3D battlefield that you’ll surely enjoy.

How about you? What is your favorite card game? Let us know in the comments below.