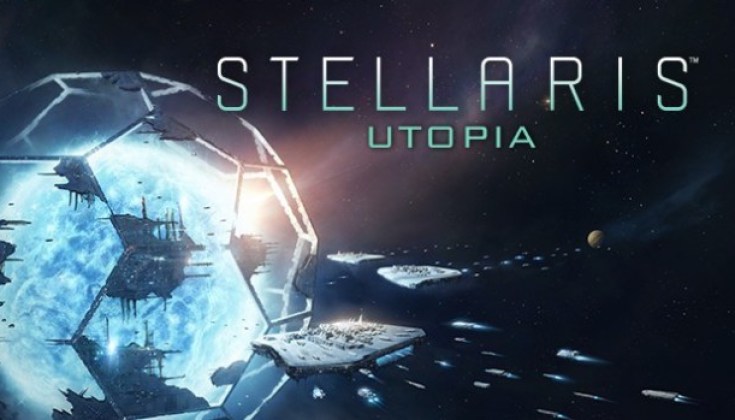 Science fiction and fantasy have to be my two favorite genres when it comes to all forms of entertainment media. I find science fiction particularly fascinating because so much of it contains stuff that could potentially happen in the future. Such is the case with Paradox interactive’s new Stellaris expansion, titled Utopia.

But first let me back up and cover what Stellaris is all about, to the uninitiated of you out there. Stellaris lets players helm a galactic power, and see his civilization grow and flourish, or wither and perish, all depending upon the decisions he makes. 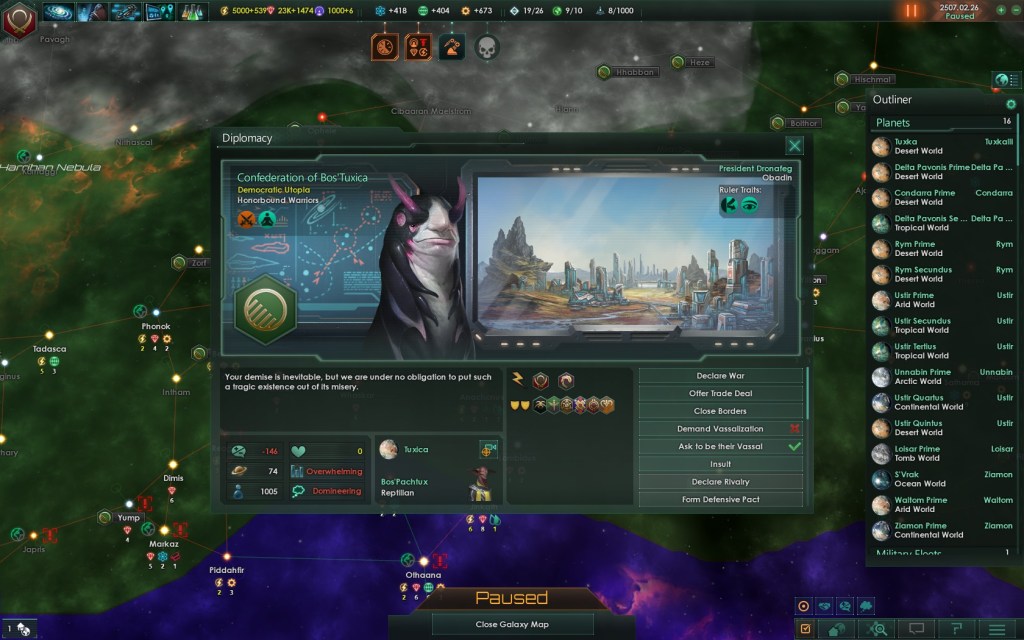 A real-time grand strategy game, Stellaris debuted last year to pretty stellar (pun intended) reviews, which is impressive considering that it’s such a niche game. What makes Stellaris unique among all of the other space strategy 4X titles out there is that it gives players an unprecedented amount of control over their civilizations.

Want to play a race of xenophobic space sponges? Go for it. Fancy playing a highly intelligent race of pacifist bird critters? You can do that too. You can also control what type of government your race will rule with, as well as which kind of FTL travel and weapon types they’ll begin the game with, along with much more.

What I also really love about Stellaris is how, at least in the early to mid-game, there is a huge emphasis on simply exploring. Sending your scout ships out to chart the neighboring star sectors (and beyond) is like a mini-game in itself. Couple that with random events (as well as random encounters with all manner of space beasties) and you have a lot of interesting events going down from the get-go.

I also quickly became a fan of how much effort it takes to get your first colony going. Whereas in most other space 4X games you can usually have two to three new colonies up and running within 10 or so minutes, in Stellaris there is a slow burn as you patiently build up the enormous amount of resources it requires to build your first colony ship. And that’s after you even get the chance to research the technology required to construct one in the first place. Stellaris is a game for patient strategists that’s for sure, not gamers whom need constant stimuli in order to like a game.

The main gripes about the base game seemed to be that its mid-game tended to get bogged down and become uninteresting, and that there just wasn’t much of an end-game wrap-up. Paradox, always a developer to listen to their fans, released a “Story Pack” called Leviathans a few months ago in order to assuage the masses. Although Leviathans did indeed address some of these concerns, fans (including me) still clamored for a full-fledged expansion. And that’s exactly what we got…and more.

Utopia is just brimming with all kinds of interesting new content. Let’s start with the new governmental systems. There are lots of new options to choose from for your new space-faring civilization. These include brand new Civics and Authority options that, when combined with your Ethics, can give you all sorts of interesting new combinations. For me, half the fun in creating a race is fiddling around with these elements in order to create what I’m in the mood for playing at that particular time.

You can also dictate how your race will respond to space refugees. You can have refugees shunned altogether or bring them in willy-nilly, or anywhere in-between. How your civilization treats slaves is also an important consideration. Do you want to treat all of your slaves as indentured servants with some limited rights, or boost your armies by rooting out the weaker slaves and engineering a race of battle thralls? You can even go the Soylent Green route and raise your slaves (hopefully free-range and organically) as food for the primary species within your civilization. The choice is yours.

When it comes to mid-to-late-game content, Utopia also doesn’t disappoint. Depending on what Traditions you choose, which are new philosophical doctrines that imbue civilization-wide modifications to your race, you can eventually gain access to Ascension Perks. This is where Utopia really gets science-fiction-y. Although Ascension Perks are expensive (as they should be), they allow you to do such things as transform your entire race into cyborgs or full-on robots, transcend to a psionic alternate reality, or genetically engineer them to become a race of super-human beings. These allow for such awesome possibilities.

Super Structures also make their first appearance. If you are patient enough to save up lots of resources, during the later stages of the game you can begin the construction of such immense engineering feats as a full-fledged Dyson Sphere, a gigantic Ring World, and other humongous undertakings. The only issue is that in order to accumulate the requisite resources needed for these projects, you usually have to skimp on having a larger military fleet, so it can be quite a balancing act. 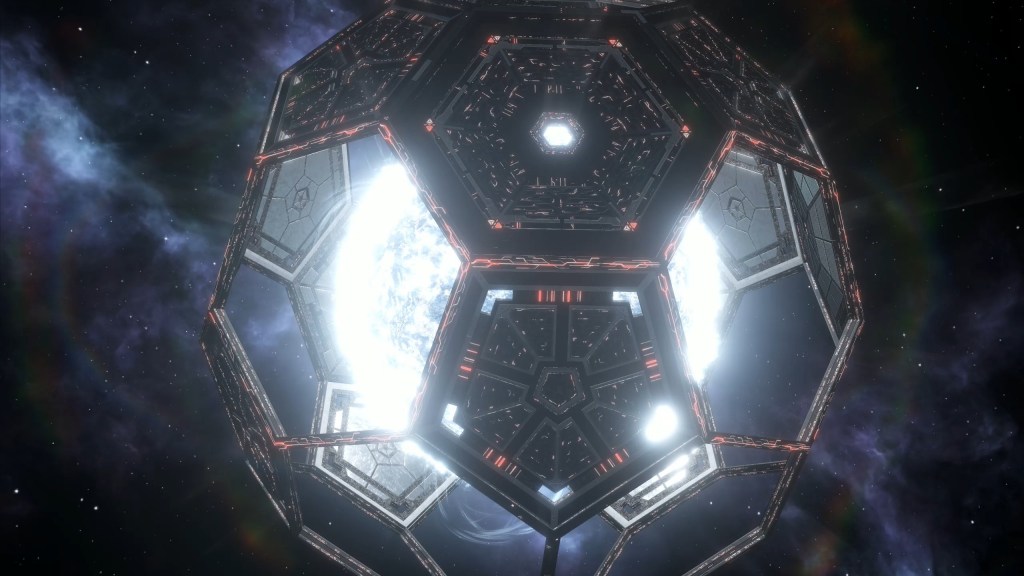 Utopia is just what Stellaris needed to make it truly stellar (couldn’t resist). It’s packed with content that many though should have been included in the original game and makes it much more worthwhile to invest time in. Utopia gives Stellaris that mystical “one-more-turn” feeling (even though it’s pause-able real-time) that many of us old-school gamers love and cherish, so it’ll be occupying my hard drive for a long time to come.