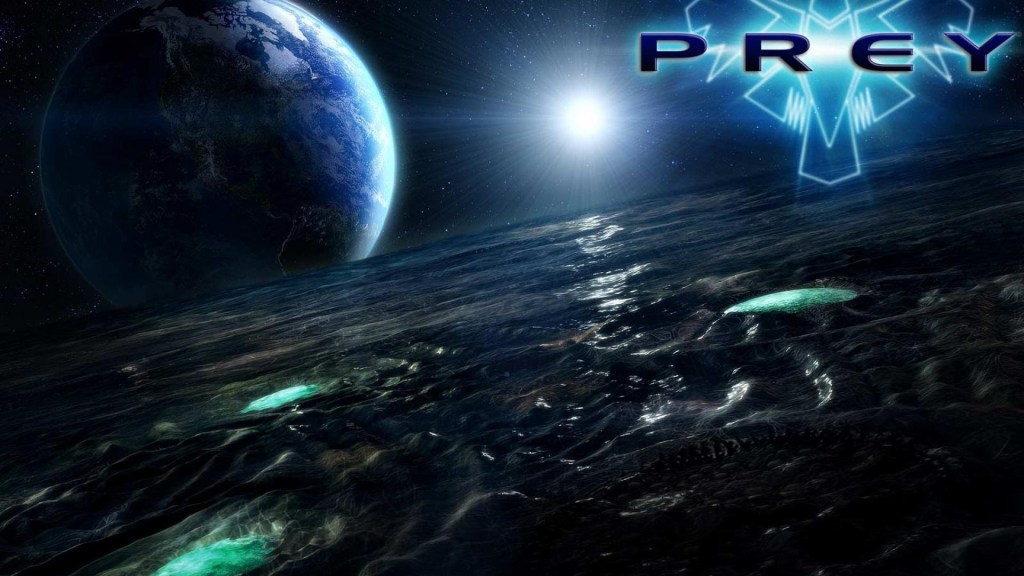 Science fiction horror games have long been one of my favorite genres when it comes to video games. Who can forget the first time they played 1999’s now classic System Shock 2? Waking up from a cryo-tube and not knowing what happened to the slaughtered crew aboard the Von Braun, played out so creepily that it’s hard to forget even to this day. 2008’s Dead Space was another modern classic that still stays with me, and was the first time that I’d ever been creeped out by a game’s ambient noises, let alone the horrific entities on board the deep space mining ship. Then 2014 rolled around and blessed us with Alien: Isolation, a scare-fest that is too frightening for me to ever finish even now.

I’d heard about the original iteration of Prey years ago, but Arkane Studio’s new and improved version of it has nothing to do with that one, thank goodness. This new adaptation features the best parts of System Shock 2, Dead Space, and heck, even throws a little Bioshock and Deus Ex in there for good measure. 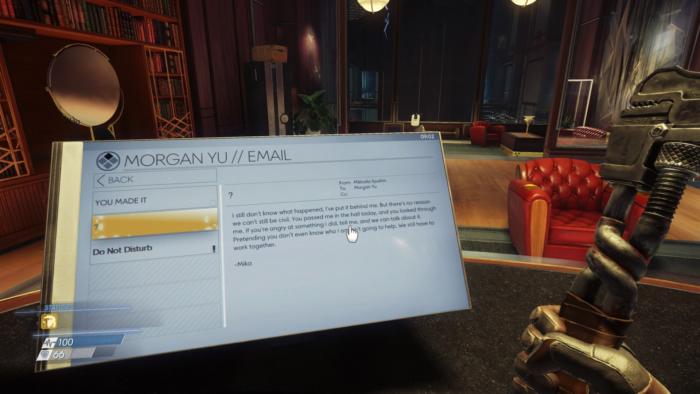 The year is 2032 and you play the role of Morgan Yu, a scientist who wakes up with no memories of what has transpired on a gigantic space station called Talos-1. The game plays out like any good science fiction horror film, and as the plot unfolds, Morgan quickly discovers that the malevolent forces on board the station are anything but friendly.

What has transpired on Talos-1 can be unearthed by guiding Morgan through the station’s dark and forlorn hallways and chambers, gathering bits and pieces of the backstory by reading emails and listening to audio recordings. Eventually these begin to shed light on what the game’s various characters have been up to, as well as more about Morgan’s role in it.

What I really appreciated about Prey is that instead of funneling you through a more straightforward, linear experience, such as most other games within the genre, it’s presented in a far more open-world fashion. Every single area of the Talos-1 station can be approached differently, even though each region isn’t necessarily accessible from the get-go, at least not initially. 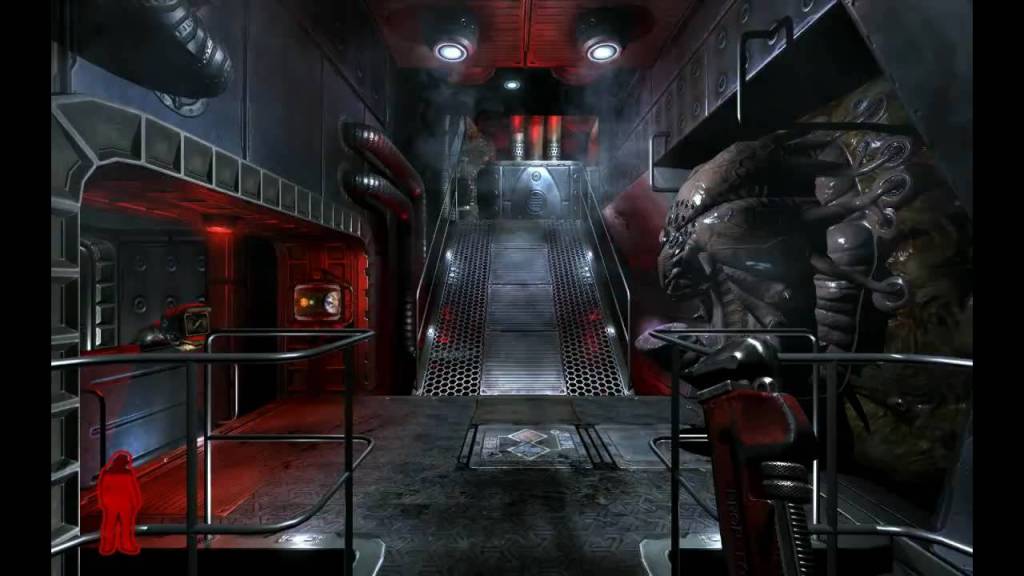 In a nod to the Deus Ex series, Morgan can acquire neuromods in order to not only bolster his abilities, but also allow him to access different parts of the space station. For instance, although my path was initially blocked by an extremely heavy object, once I earned the Strength III neuromod, I was able to lift it up and out of my way, thereby gaining access to the new area.

Another thing I liked about Prey was the different ways that you can tackle obstacles and objectives. For instance, if I hadn’t obtained that particular neuromod (Strength III) I could simply plant an explosive device on that same object and blow it up. The number of ways that you can overcome difficult to deal with areas or objects in Prey are pretty much only limited by a player’s imagination, making it much more of a fluid and realistic gaming experience. Prey’s crisp and responsive combat mechanics are very intuitive and I was able to figure them out with relative ease. Luckily, the combat itself was anything but shallow and wanting, and should satisfy any fan of action-based gameplay. In fact it was so impressive that I played it on my gaming laptop in front of a small group of friends, and several of them remarked that watching my gameplay was like watching a good science fiction horror/thriller.

There are some highly inventive weapons and abilities for you to wield in Prey as well, including one which is quickly gaining in popularity: The GLOO Gun. There are also an entire plethora of psionic talents for you to gain experience (and eventually master of). And you’ll sure need them since your enemies can be very tricky to deal with.

For instance, one of the more common threats you’ll face are entities called Mimics, which can change their form to look like everyday objects, such as pens or computer keyboards. Therefore, you have to be constantly on guard lest you let one of them get the drop on you when you least expect it. There were many occasions where I would approach an area or enter a room, only to start second guessing myself as to what was a mundane object, and what could possibly be one of the creatures. Fortunately, later on in the game you can gain access to psionic powers that allow you to change your shape as well, so that you’ll at least have a chance at being on more even footing with your terrifying foes. 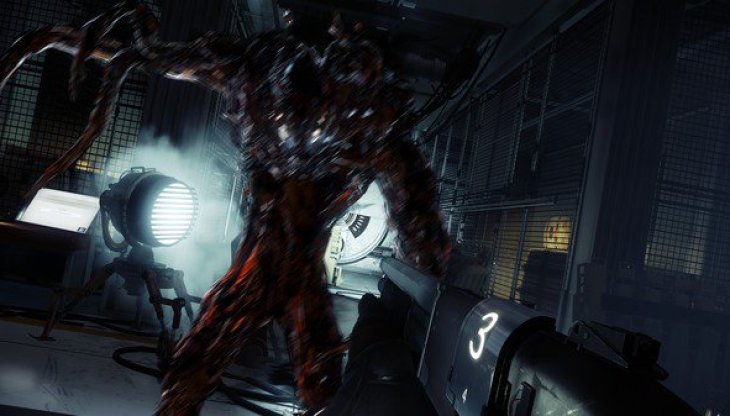 Prey’s visuals are certainly a treat to behold, utilizing the CryEngine to perhaps its greatest potential yet. It makes excellent use of such things as lighting and shadows, adding to the tension and sense of paranoia that players will inevitably feel. Shooting at, freezing in place (with the GLOO Gun), and blowing up enemies, looks spectacular—you can even set up small networks of armed turrets and ambush your various adversaries with them (one of my personally favorite techniques).

The developers also imbued Prey with an excellent combination of combat, psionic abilities, and stealth, instead of just relying on one of those aspects. This allows players to play the game how they prefer to play it. If you’re more of a gun-toting Rambo type you can go all out with the game’s various guns and ammo types. If you’re more of a stealth-nut like me, you can focus more on abilities that allow you to camouflage Morgan, or make him super-quiet. Simply put, Prey is one heck of a fun game. It combines many of the best features of game’s we’ve all enjoyed in the past, and ties them all together for a highly accessible package that you won’t soon forget. I know that it’ll be occupying space on my hard drive for a long time to come.