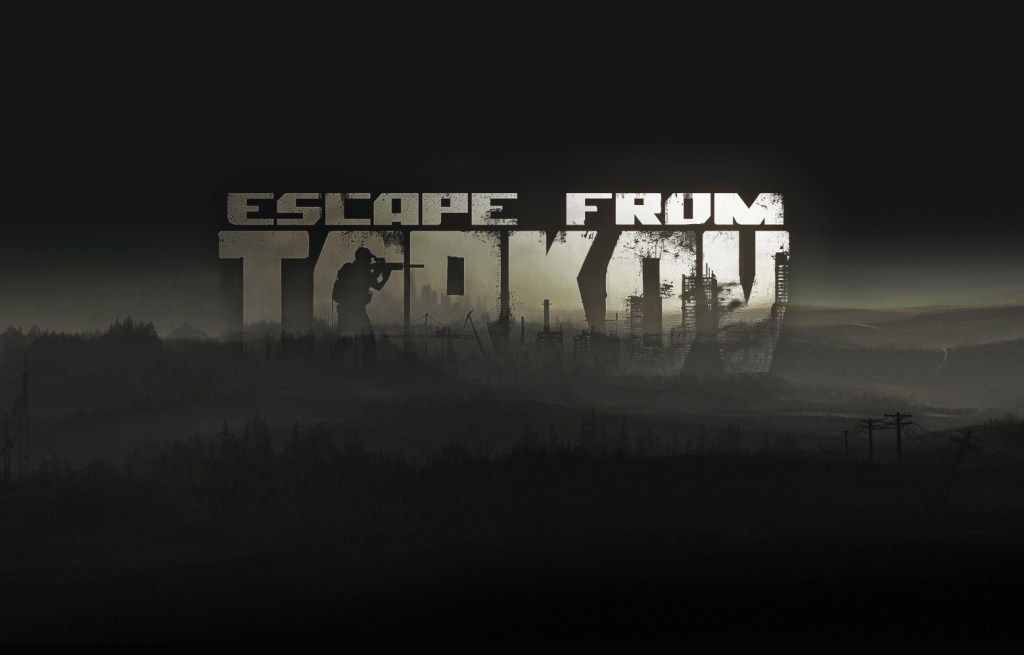 My gaming friend and I guided our Scavs down the warehouse’s dilapidated hallways, he with his shotgun and me armed with my trusty pistol. Each time we’d hear a squeak or groan we’d pause and listen out, in order to try to discern if the sounds being emitted were human-made. We knew that as grimy Russian bushwhackers we wouldn’t be able to survive a full-on mano-a-mano firefight with men from the other two factions. The two main factions were Private Military Corporations—UN-backed USEC AKA United Security, and Russian-created BEAR. Therefore, we had to be especially stealthy, slinking along in the shadows whenever we could in order to try to get the drop on any USEC or BEAR operatives we encountered. Asymmetric warfare by way of necessity.

Suddenly, we heard some very distinct boot clomps on the ground floor beneath us, indicating that someone had entered the same warehouse. Had they spotted us earlier and followed us in, or were they randomly engaged in loot-gathering like we were? We wondered briefly, before quickly setting up an ambush plan. We’d hunker down in one of the second floor office rooms and wait for any interlopers to stumble in. Then we planned to let them have it. If successful, perhaps we’d get some even more valuable arms and equipment, if the men were indeed USEC or BEAR mercenaries. 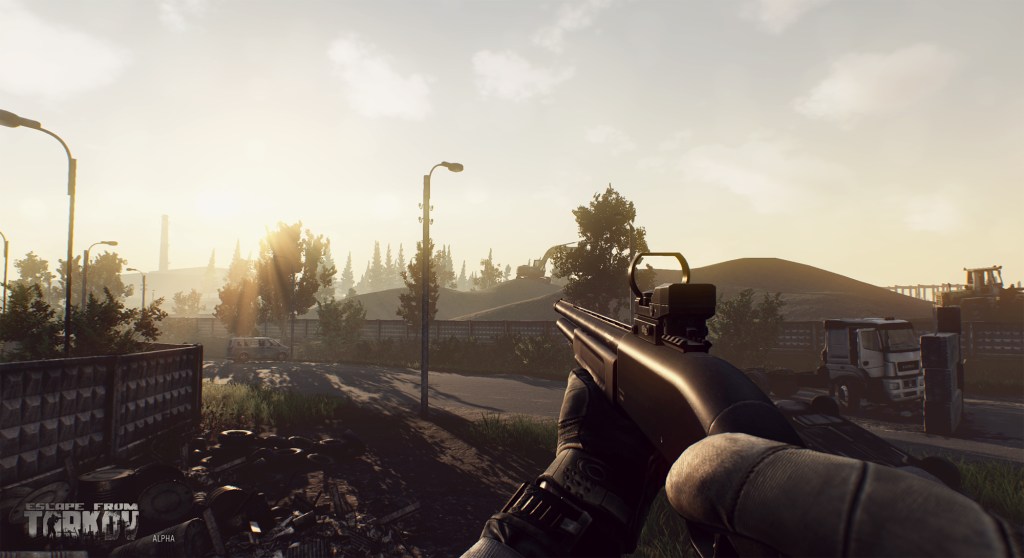 We squatted down behind a pair of tables in the darkness, like a couple of death adders coiled and ready to strike. The footfalls became more pronounced as our would-be prey ascended a nearby stairway. More sounds indicated that there were probably two enemies. We heard doors being opened and closed as they checked room-by-room for whatever they were looking for. Finally, they were just outside our office room.

The doorknob squeaked and the door creaked opened. We waited a second or two until whomever had entered the room and then sprang to our feet, ready to fire. Two stunned USEC operators turned to us just as we began to open fire on them. Although the men were outfitted with assault rifles, our little ambush had been so well-timed that they didn’t even manage to get off a single shot. After our foes hit the floor in two bloody heaps, we greedily rushed forward in order to seize what was rightfully ours as Scavs.

We had just brandished the fallen men’s weapons and were going through their backpacks when we heard more sounds coming from downstairs. It seemed as though the duo had comrades and this time it sounded like there were more than just two of them. Would we have enough time to fully-equip ourselves with our new loot, in order to fight these new arrivals adequately? Or would we run off through one of the second floor exits with merely our newly pilfered assault rifles? Just how greedy were we? 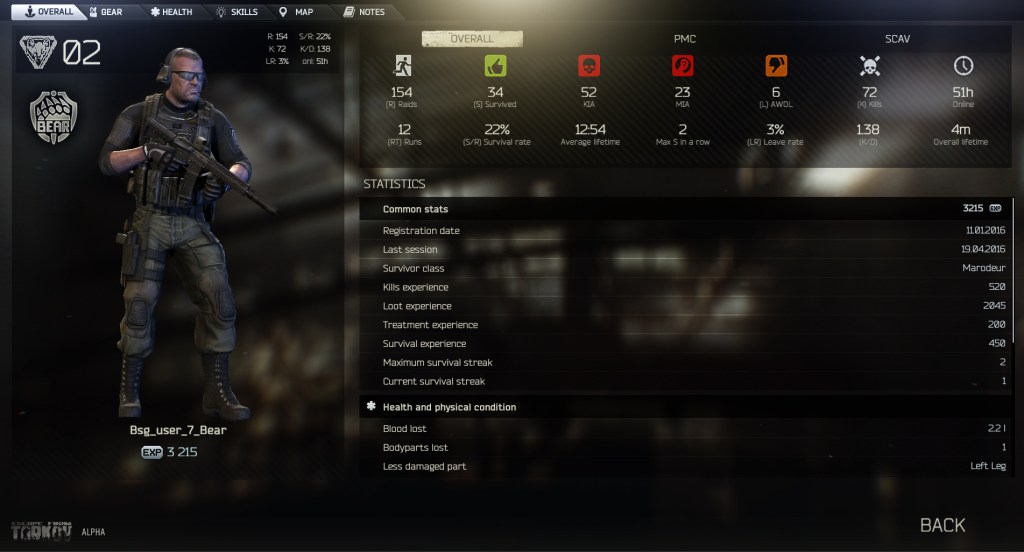 As you can probably tell, there’s a lot of random events that can transpire in Battlestate Games’ new hit PC game, Escape From Tarkov. The titular city, Tarkov, is where the game takes place, a fictional war-torn region that is cut-off from the rest of the world. For some reason the two PMC’s, USEC and BEAR, are at odds with one another. In an interesting twist, the Western USEC organization is deeply corrupt, while BEAR is merely trying to get to the bottom of some grand, UN-backed conspiracy.

Players can choose to take control of either USEC or BEAR operators, or they can experience a more gritty time playing as Scavs. While the former use teamwork and coordination in order to conquer their foes, Scavs have no such illusions of morality nor brotherhood. The only thing that they hold dear is loot…loot…and more loot. In this way, Battlestate gives gamers the opportunity to play Escape From Tarkov any way they want to.

Interestingly, player’s avatars have both a main locker from which they can outfit themselves with, as well as an inventory system for what they’re carrying on them. Whatever’s in the locker stays there and is untouchable in terms of other players getting their hands on it. However you have to be very careful of what you take out of your locker and bring along with you on the game’s various missions. That’s because whatever you lose in the field is lost forever. Well, maybe lost isn’t the right word, more like it’ll most likely fall into the hands of whomever took you out. 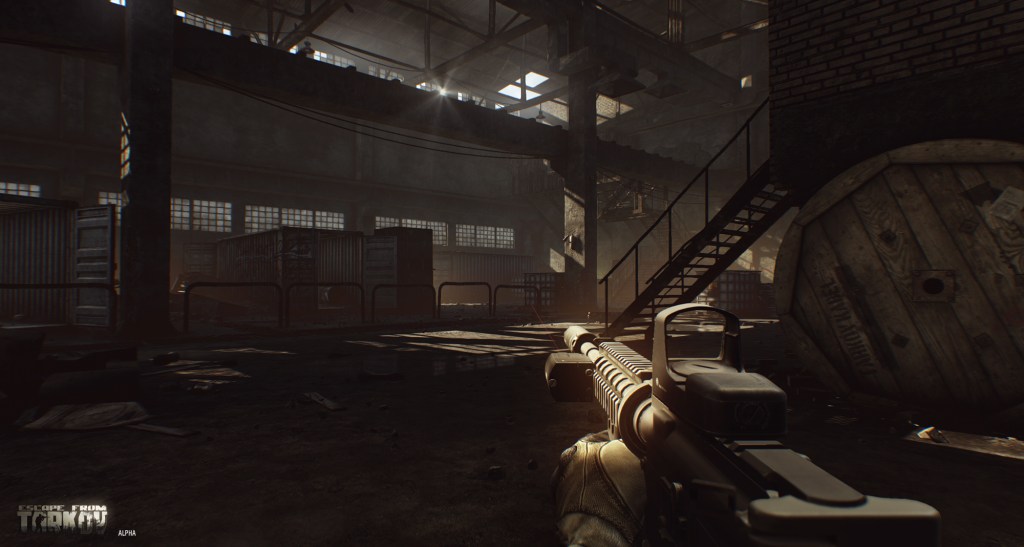 There’s a great skills system in Escape From Tarkov that lets you gain more skill with whatever you are doing, action-wise. For instance, since I tend to use a pistol a lot, I’ve gained a few levels with pistols. There are nearly 100 skills in the game so far, and they are a pretty diverse collection indeed.

Gameplay mainly involves either grouping up with friends, or going it alone, and executing certain missions based on large, sprawling maps filled with ravaged warehouse districts, forlorn forests, and cramped factories. Although there are only three maps in total right now, I could see many more areas on the main map that indicates plans for much more. Personally, I can’t wait to see what downtown Tarkov will look and play like, since I’m a big fan of urban combat. 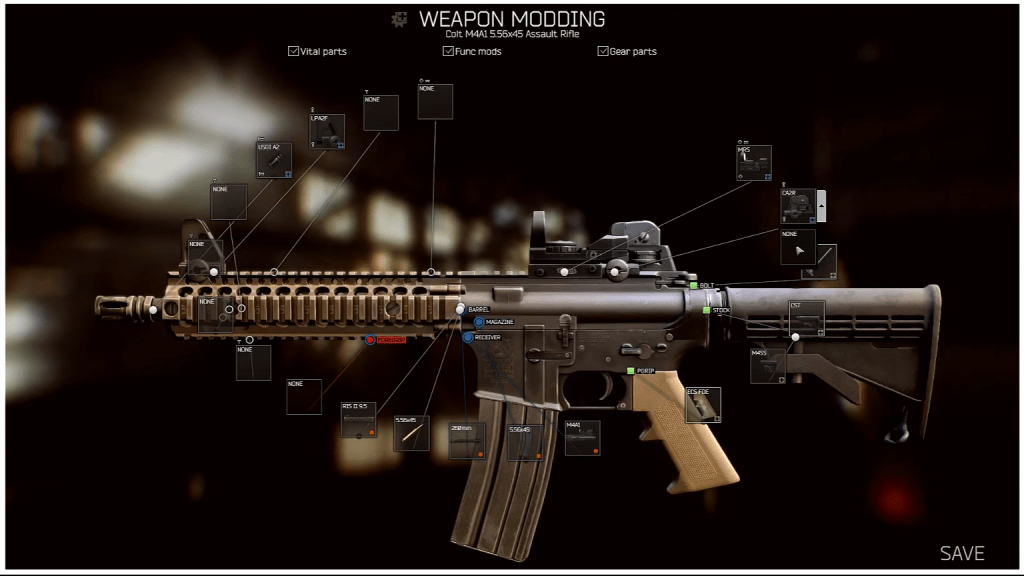 Escape From Tarkov’s visuals are absolutely stunning. I keep trying to figure out how such a small indie development team out of St. Petersburg could create such a graphical powerhouse. Even at this (Alpha) stage, everything looks so real that it has me wondering if the Battlestate derived them from actual images of dilapidated conflict zones.

The game’s mechanics are also extremely sound. You can shoot through certain surfaces based on their composition as well as the caliber of the bullets which struck it. Bullets can even ricochet through people’s bodies depending on where and how they’re struck—talk about enhanced realism, they weren’t kidding. Sound also plays a crucial role in combat situations since everything sounds so clear. This engenders a very tactical modality when it comes to how you play Escape From Tarkov, while discouraging run-and-gun hijinks. Call of Duty this is not. 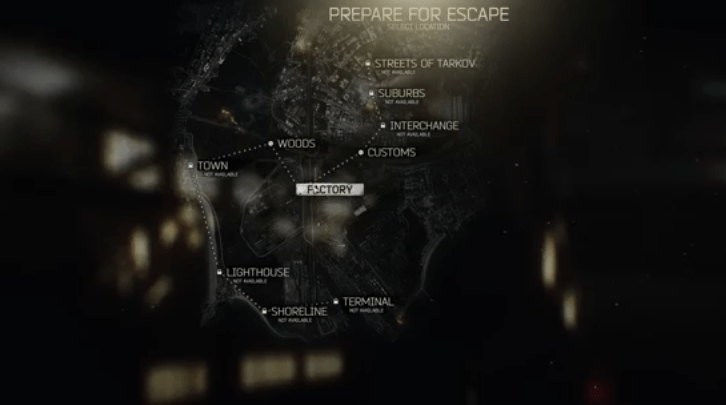 Escape From Tarkov is one of the most impressive new games I’ve played, so much so that I think I’m playing it more than anything else right now. If you’re a fan of tactical shooters with RPG and survival elements mixed in, purchasing this game is a no-brainer, even at this early stage. You really can’t lose with all that Escape From Tarkov has to offer.