We looked down at the bodies of the Russian soldiers that we’d just taken out. The Eastern European town now belonged to the U.S. Army. It had been a pitched battle between two full fire teams, but we had prevailed, although the other friendly squad had perished.

“Okay get our wounded up, medics. The rest of you get into defensive positions. They’re not going to let us have this town so easily!” our squad leader barked through our radio com systems.

I’d just hunkered down within a house when I could make out the sound of enemy armor approaching. “Russian armor approaching our position!” I called out. I could hear my teammates scampering around, trying to prepare for the worst. Another report came in that our anti-tank soldier was still down and that one of our two medics was searching for him.

Suddenly, a Russian MT-LB came roaring around a nearby corner. The lightly armored scout car immediately began shooting at us with its 30 mm cannon, causing everyone to dive for cover. The armor, of course, would precede Russian infantry elements. 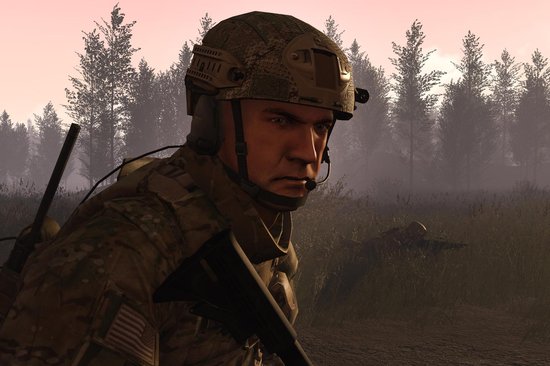 “Where’s our damn AT?” our squad leader demanded.

“I just located him,” a medic replied.

Then everything went from bad to worse—we began to hear the staccato of 7.62 rounds, signaling that the Russian infantry had indeed arrived. The armor must have spotted myself and another soldier whom were crouching down in a house we were occupying, because it began to concentrate its withering fire on us. Large holes appeared in the walls and splinters of wood flew through the air all around us.

Luckily, since we had been in crouched positions, we were able to scramble out of the room closest to the MT-LB, and get another layer of cover between us and it. Just then, we could hear the rumble of heavy tires. One of our team’s Stryker IFVs had shown up, just in the nick of time. It flanked the MT-LB and destroyed it in short order. After that, it began lighting up the Russian troops in the area. Galvanized, our squad joined the battle—this town would stay ours! 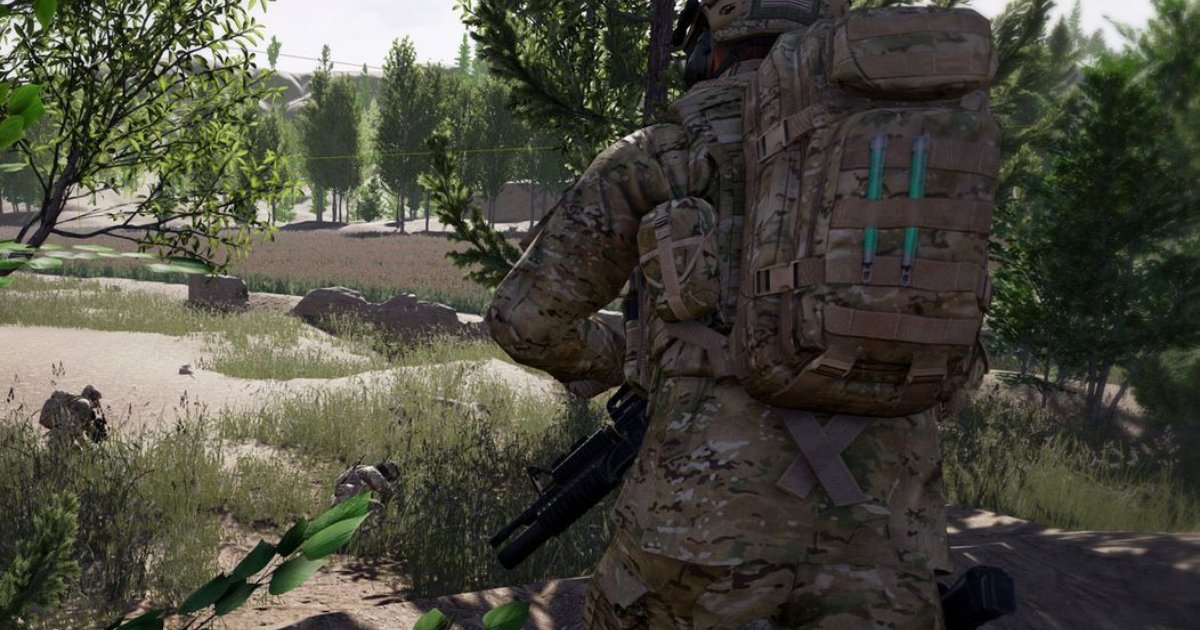 Squad has to be the most immersive military-themed multiplayer game on the market—and I’ve played droves of military games. Based on an antiquated Battlefield 2 mod called Project Reality (one of the greatest games I’ve ever had the pleasure of experiencing), Squad has been releasing a steady stream of substantial updates that have it looking and feeling closer to its spiritual cousin, PR, with each release.

For those not in the know, Squad is a quasi-realistic military shooter that features infantry and vehicle combat across large maps. Each map has capture points (such as the above town) that must be taken over, sequentially. You can play as the U.S. Army, Russian Ground Forces, Militia, or Insurgent Forces. Beyond the point-capture mode, there is also an asset disposal mode that has the BLUFOR team attempting to locate and destroy the Insurgent’s OPFOR-protected, hidden weapons caches. 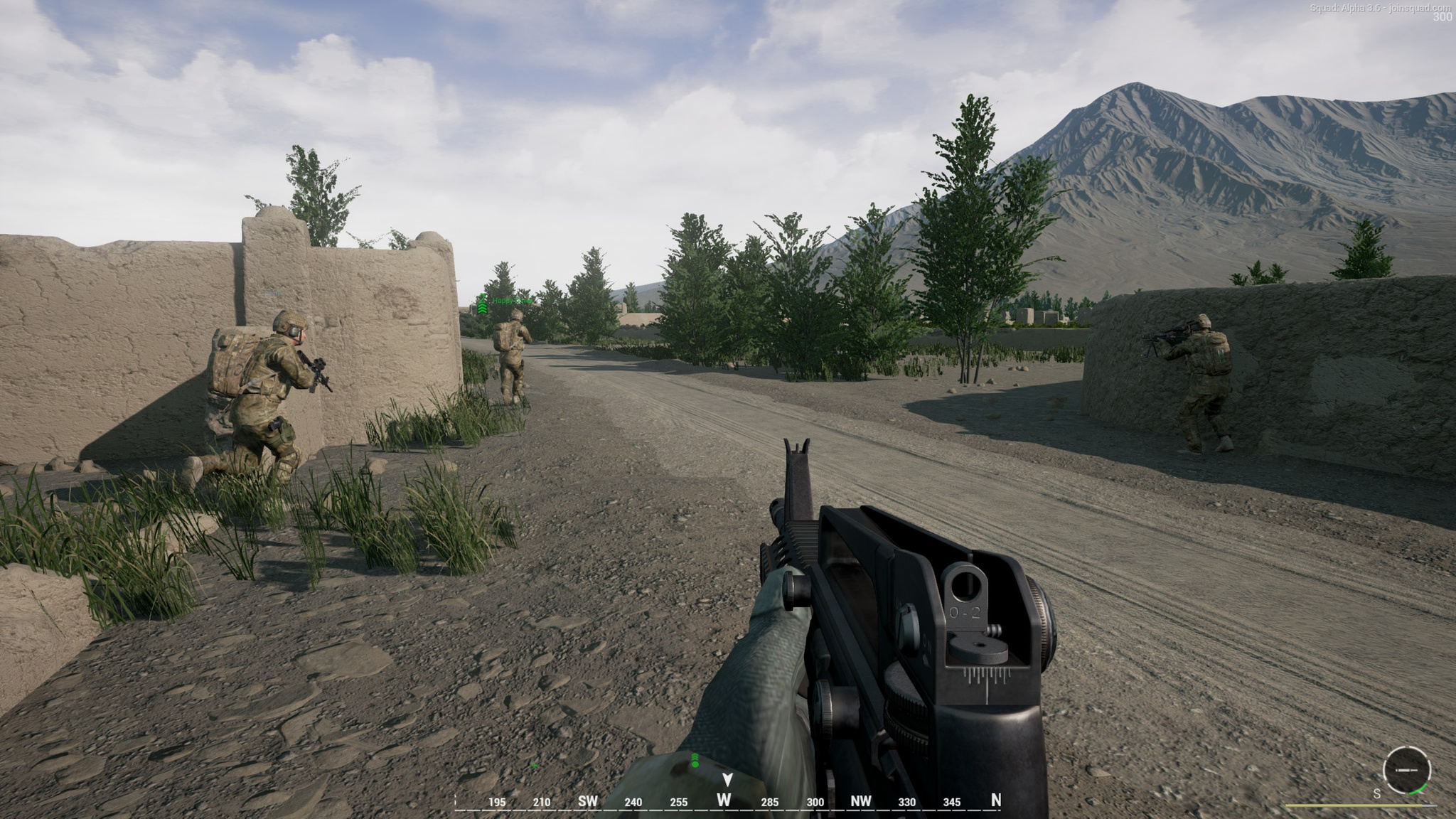 For the most part, Squad’s primary gameplay mechanics are surprisingly smooth. Although there is no cover and fire system, there is a leaning feature that lets you “pie” corners—military parlance for gradually rounding corners by peeking around them first.

One of Squad’s fundamental strengths (and sometimes weaknesses) is that the game relies heavily on teamwork and communication. Players looking to jump into a squad without a mic will usually be ostracized by the rest of the group or asked to leave outright. In this regard, the more casual set of fast-twitch Call of Duty and Battlefield-types will usually turn away from Squad, since it so strongly encourages realistic tactics and solid communication.

Squad’s latest update (Alpha 9) is massive, and features a veritable plethora of new content. These goodies include around ten new vehicles, including a motorcycle, armored cars, new BTRs, a Stryker IFV, and new troop transports and logistical trucks. There is also a new forward operating base (FOB) system where it requires more teamwork to dismantle one, as well as updated graphics (the latest Unreal 4 engine version). There is also a new bullet/material penetration system that depends on the material fired into and the caliber of the weapon used, opening up many new tactical considerations. 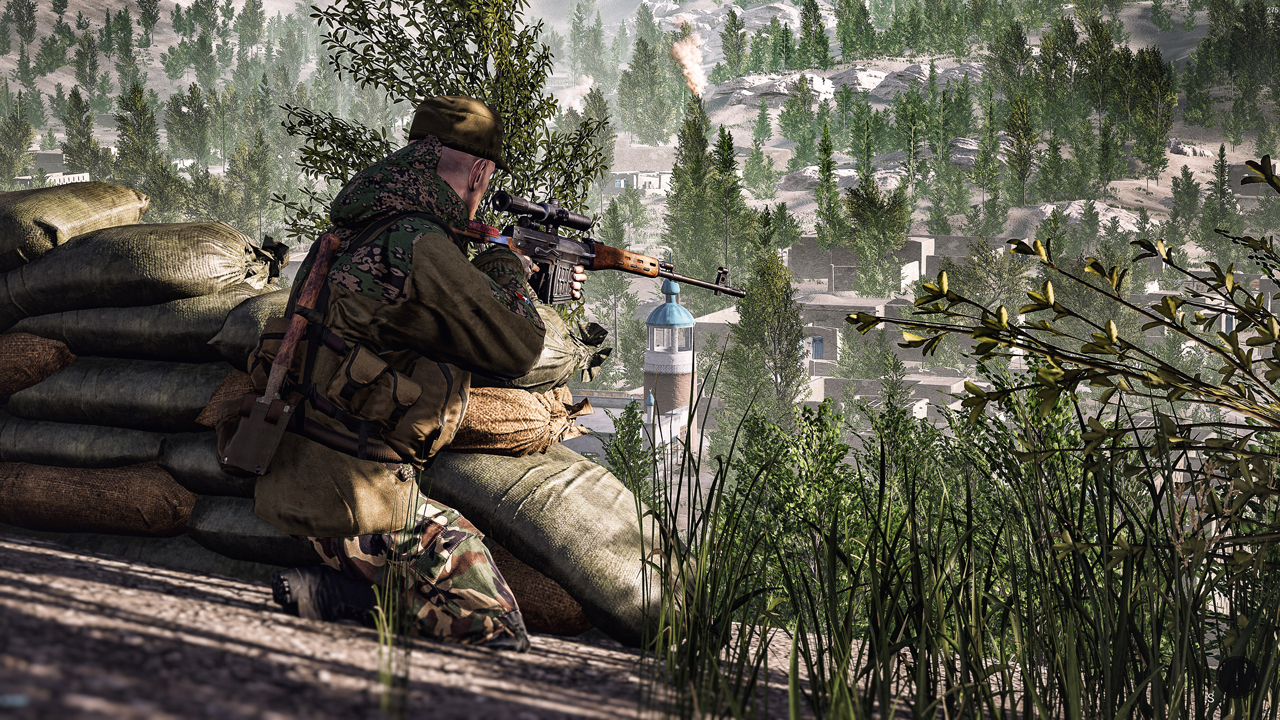 Most maps have been dramatically expanded as well, offering even more for armchair strategists to mull over. And graphically, they look great. In fact, the game’s textures are surprisingly good for an Alpha build. Weapons, character models, vehicles, everything look highly-detailed on my gaming laptop.

Unfortunately, many people who currently play Squad still haven’t figured out how to play it properly. Much of the time, after a team takes a flag (strategic point), they’ll simply run off en masse to the next objective instead of coordinating and leaving behind elements to defend it. Usually, what ends up happening as a consequence of this short-sightedness, is that the undefended points get recaptured by the enemy side, who just saunter in after meeting no resistance. This in turn forces the original capturers to “rubber-band” back to the objective, so that then entire team is constantly moving back and forth. But more people are starting to realize this strategic blunder and overall gamers are getting better about defending. Squad is shaping up to be the next Project Reality, in my opinion. But it still has a long ways to go before it reaches those heights. There aren’t any air assets (such as helicopters) yet, and the developers have indicated that those won’t be implemented for some time to come. But in the meantime, Squad is a fully-functional and exciting military shooter that any fan of solid tactics and teamwork should try out.