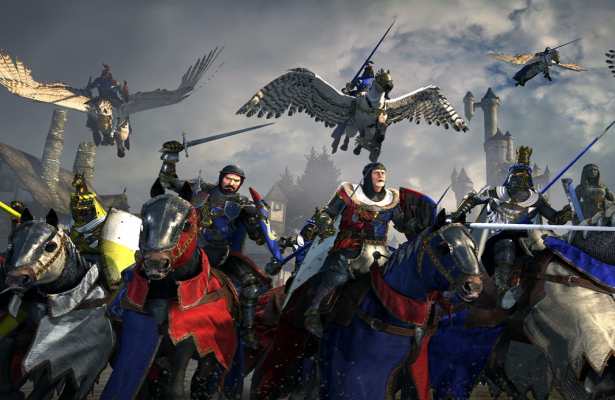 I’m an old-school pen and paper role-playing gamer. I basically started with Dungeons & Dragons way back in the day, and from there played numerous RPG games. Although I played games from many different genres—science fiction, dystopian, horror, espionage, post-apocalyptic, etc. I always returned to fantasy RPGs. There has always been something special about fantasy (especially high fantasy) RPGs that captured that perfect sense of adventure for me. Carefully generating your characters and then banding together with a group of hardy adventurers and striking out into the gaming world, in order to accomplish some sort of epic quest—those were the days.

When it came to tabletop gaming, although I tried a few of them here and there, for the most part they always seemed a little lacking in one way or another. Among the few board games that seemed interesting to me, Warhammer Fantasy Battles had always stood out. I loved how detailed the miniatures looked, and being able to wage gigantic wars on tactile battlefields seemed like a blast. Unfortunately, at the time, Warhammer miniatures were just way too expensive for my meager budget.

When I made the jump over to the digital gaming realm, I quickly realized that I was able to play many table top-like games on my computer. There was also no need for purchasing this miniature or that one, no clean-up after a large or lengthy play session, none of that. Just turn the game off and go.

So imagine my sense of surprise (which quickly turned to gleeful joy and warm-warm geeky feelings) when Sega announced that they were in cahoots with Creative Assembly and were coming out with a computer game based on the Warhammer IP. Well, actually a game that featured the lore and world of Warhammer Fantasy Battles, but combined that with the gaming mechanics of their long-running Total War series. Well, needless to say, I was pretty beside myself, and couldn’t wait to get my nerdy little mitts on the game. 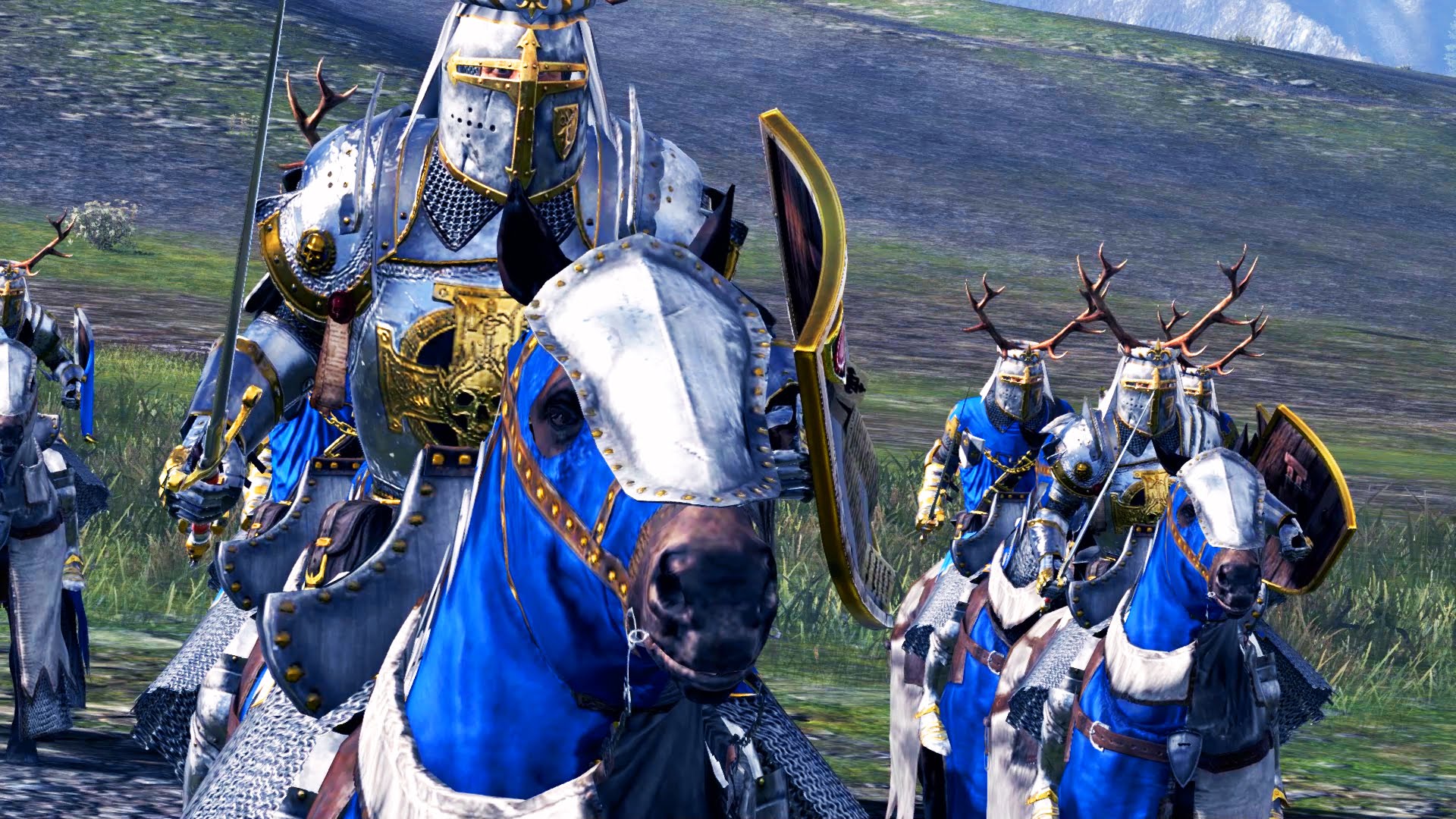 Since its tumultuous release, Total War: Warhammer has been a game which has divided many gamers. Some hated on Sega and Creative Assembly because they felt that their DLC policy was shady. Others ignored or tolerated the DLC prices and cited that paying for the base game and all DLCs together, was still much cheaper than buy even a single pack of physical Warhammer miniatures. I tend to agree with the latter group, since I think that many gamers in the…ahem…younger ages, tend to have a sense of entitlement and pretty much expect everything to come for free.

Well Sega and CA have done something that has silenced their critics—actually, has shut their whiney traps altogether. They’ve just released their largest faction yet…for free. Yes, that’s right, the newest and largest faction to ever be released for Total War: Warhammer is a free-LC, and stars the blessed knights of Bretonnia.

Bretonnia as a faction is rather straight forward. You don’t have the funky passive – aggressive hijinks of the Wood Elves. There isn’t any of the haphazard roaming about that you have with the forces of Chaos or their fluffy brethren, the burly Beastmen. In fact, they share a lot in common with their closest ancestors, The Empire. 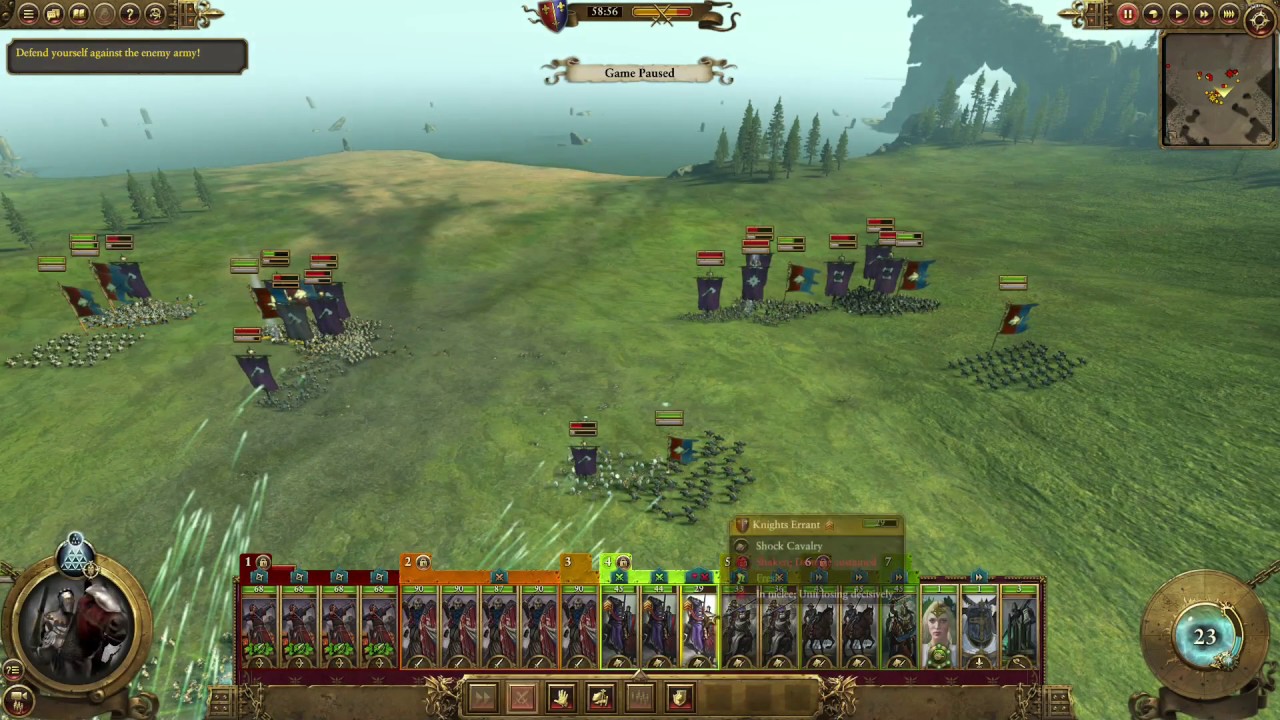 With Bretonia, instead of The Empire’s Swordsmen, you have Men-at-Arms. Instead of Crossbowmen and Handgunners, you get Peasant Bowmen. In fact, one of the things that distinguishes Bretonnia (which I think is cool by the way) is that they distain gunpowder and technology. So while you’ll find more highly advanced units within The Empire’s powerful ranks, Bretonnia eschews technology and instead focuses on their formidable cavalry.

Indeed, Bretonnia’s knights are purportedly the strongest in the Warhammer world. And play-testing them, I have to agree. Whenever I’d get into a pitched battle and there seemed to be a stalemate, if I had some knights on hand, I’d merely form them into a highly kinetic wedge and send them crashing into my enemy’s flanks. A fully armed and armored host of knights pretty much cut through most units like a bunch of hot knives through butter, and sends your poor foes flying off in almost comical fashions.

These knights aren’t alone, however, as their armies are rounded out by the aforementioned Men-at-Arms, as well as the lowly peasantry ranks. Peasants in particular, when not shoveling mud for a living, perform battle-tasks that are beneath the notice of the arrogant and lofty knights. This includes running into enemy ranks like inglorious meat-shields, or firing deluges of arrows at formations in the hopes of thinning them out before melee even takes place. 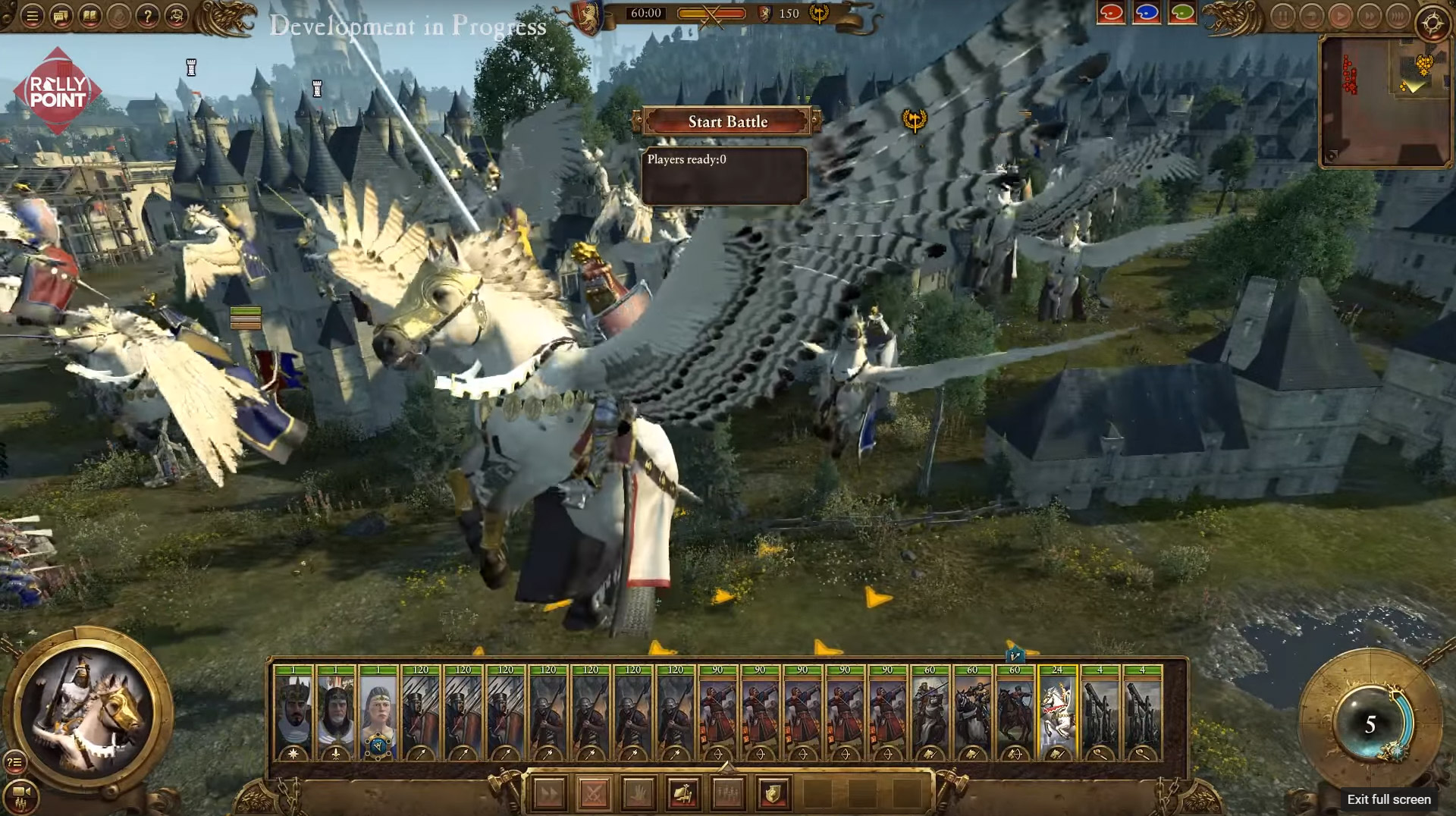 Bretonnia also fully utilizes peasants on the world map too, in-between battles. As a leader of Bretonnia, you have to carefully balance your peasantry, and have to decide how many you will apportion for both your battle ranks, and how many for more utilitarian tasks such as well…shoveling lots of mud around. Luckily, the more territory you conquer, the larger your available pool of peasants. 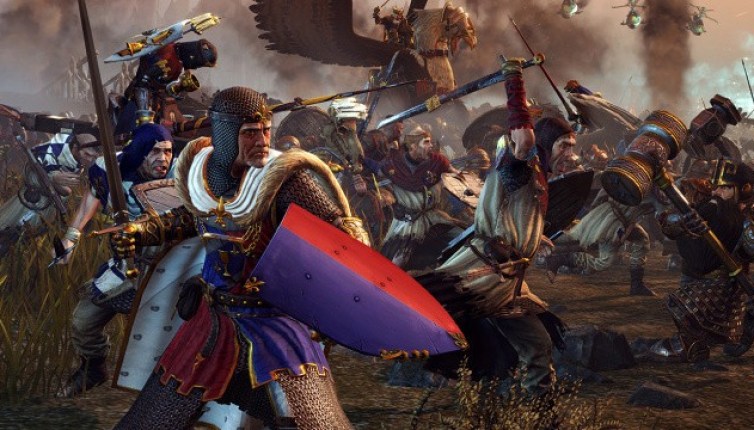 Total War: Warhammer’s Bretonnia faction is just what the game needed to not only silence many of its critics, but also attract legions of new gamers who like free stuff. I’m sure it didn’t hurt that the base game was recently on sale on the Humble Bundle website for $12 as well.

In all, Bretonnia is a fine and welcome addition to the growing roster of high fantasy Total War: Warhammer factions.