I went into Event[0] having not known or wanting to know anything about it. It’s minimalist title oozed intrigue and I wanted my experience with the game to be unfiltered. There have been a whole plethora of science fiction games released recently that attempt to deal with the classic, age-old question of what it is to be human, as well as ask questions such as where do machines overlap with our humanity? Suffice it to say that I quickly gathered that Event[0] also takes on these questions, exploring consciousness, the soul, the psyche, and so forth.

Once I discovered that the chances of suddenly being ambushed by any extraterrestrial threats were slim, I allowed myself to relax a bit and settle into Event[0]’s plot. Indeed, its opening sequence reminded me a bit of Alien: Isolation. You begin the game floating in space somewhere not far from Europa, one of Jupiter’s moons. As your exploratory mission was interrupted by some sort of murky circumstances, your character is the last survivor, who was lucky enough to make it into an escape pod and jettison himself off into space. 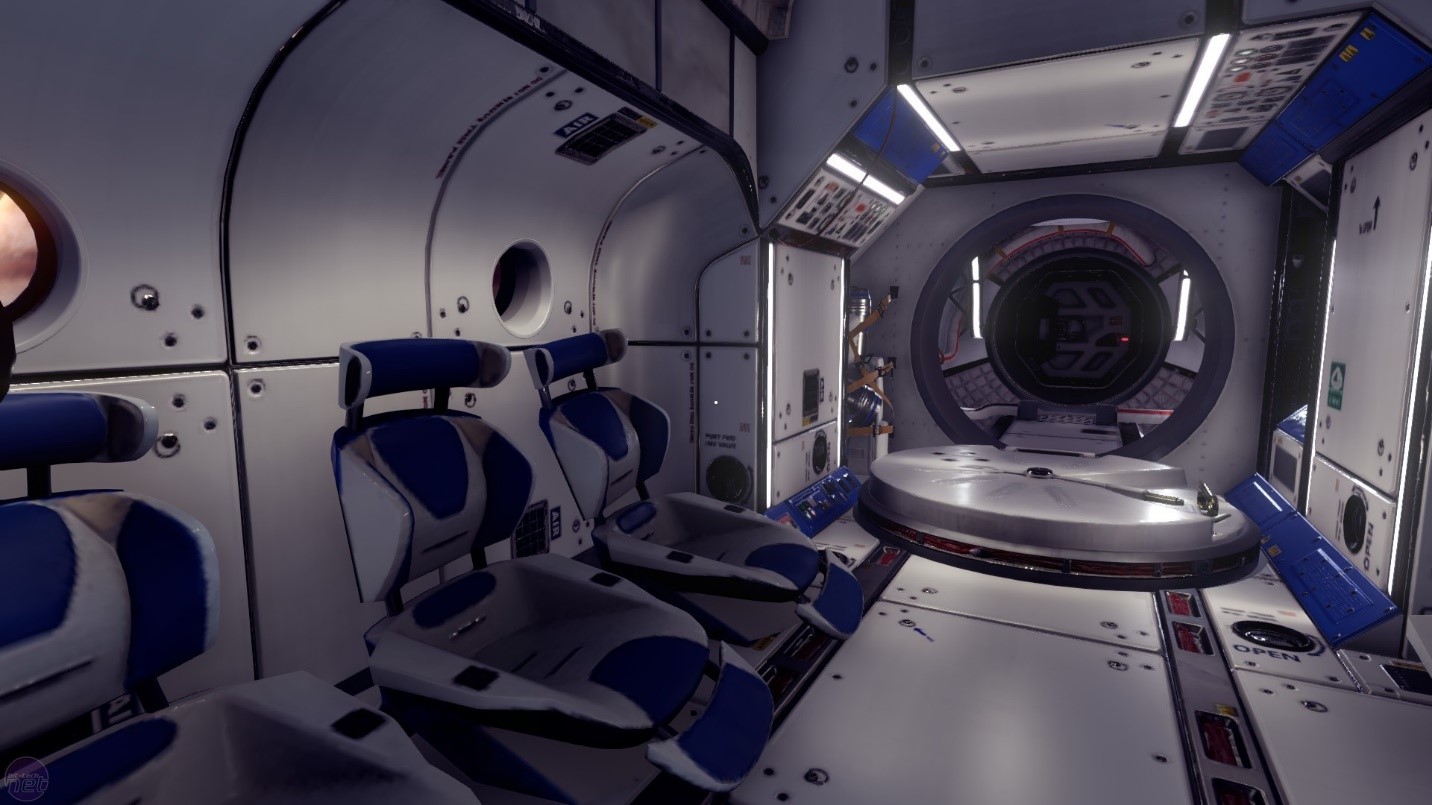 After a little while, your free-floating-through-the-vacuum is cut short when you come across a private luxury space yacht called the Nautilus. The game takes place in an alternate reality timeline and the year is 2012. However, space travel capabilities were sped up in this alternate universe, compared to ours. Soon after docking with the Nautilus, you discover that the ship itself was built in 1981. Indeed, it features retro-styled computer screens, complete with large keyboard buttons and big, thick monitors, like something straight out of 2001: A Space Odyssey.

That’s not the only similarity that the game has with that seminal film—a crafty AI entity also inhabits the Nautilus. Named Kaisen, which means “always improving” in Japanese, it takes the place of any required crew, and is also designed to keep its occupants company during voyages. However, things aren’t as simple as they first appear to be, and it’s up to you to discover the game’s mysteries.

The majority of your time on board the Nautilus will be spent entering various queries into the ship’s central computer system in order to gather clues about what the ship is doing right next to Europa, as well as additional information about Kaisen, and the fate of its original owners. Since you’re in the middle of space, there is no internet, however, so when confronted with issues such as having to fix some equipment on the ship’s exterior, you’re left to your own devices, with minimal guidance from Kaisen. This dependence on each other (your character and Kaisen) further increases both the sense of claustrophobia as well as a feeling of uncomfortable isolation. 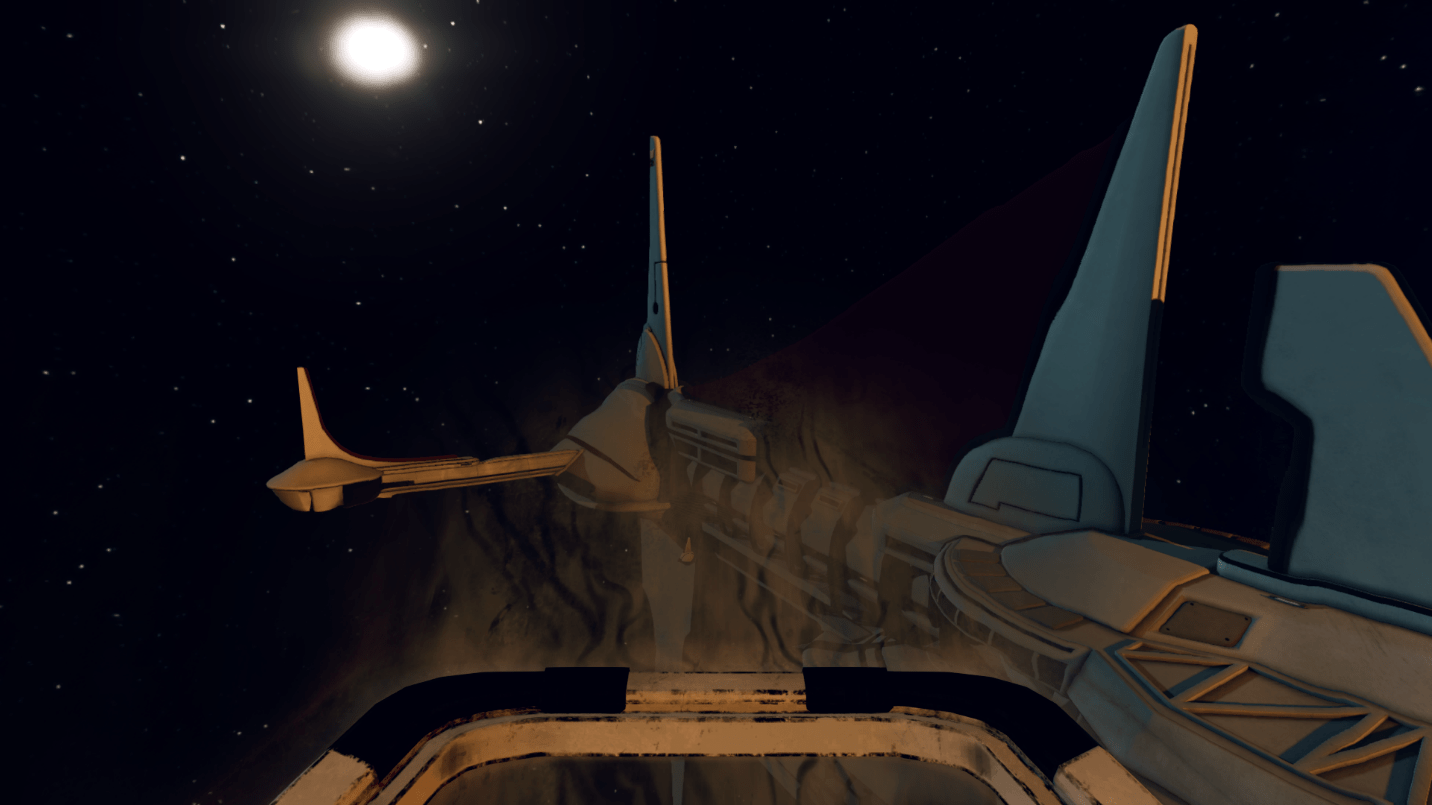 You do have to watch what you type out and send to Kaisen, however, as certain threads of inquiry can elicit unfavorable reactions from your newfound “friend” as Kaisen calls itself. It was interesting to try to ask certain questions in order to find out just what exactly was going on, and have Kaisen suddenly turn cold and distant, or entirely passive-aggressive. You can even replay Event[0] and ask different questions, which will lead to completely separate outcomes each time. Overall, my interaction with Kaisen seemed to flow organically, and it was a lot of fun to try to glean information while likewise not upsetting my meticulous AI companion.

And you may want to replay Event[0] at least a couple of more times, if only to feel as though you’ve gotten your money’s worth. I played the game three times, logging in an average of around three hours of game play each time. Some may feel that $20.00 is a little steep for such a brief experience, but to me it was such an oddly fascinating game that I didn’t mind going through the experience multiple times. 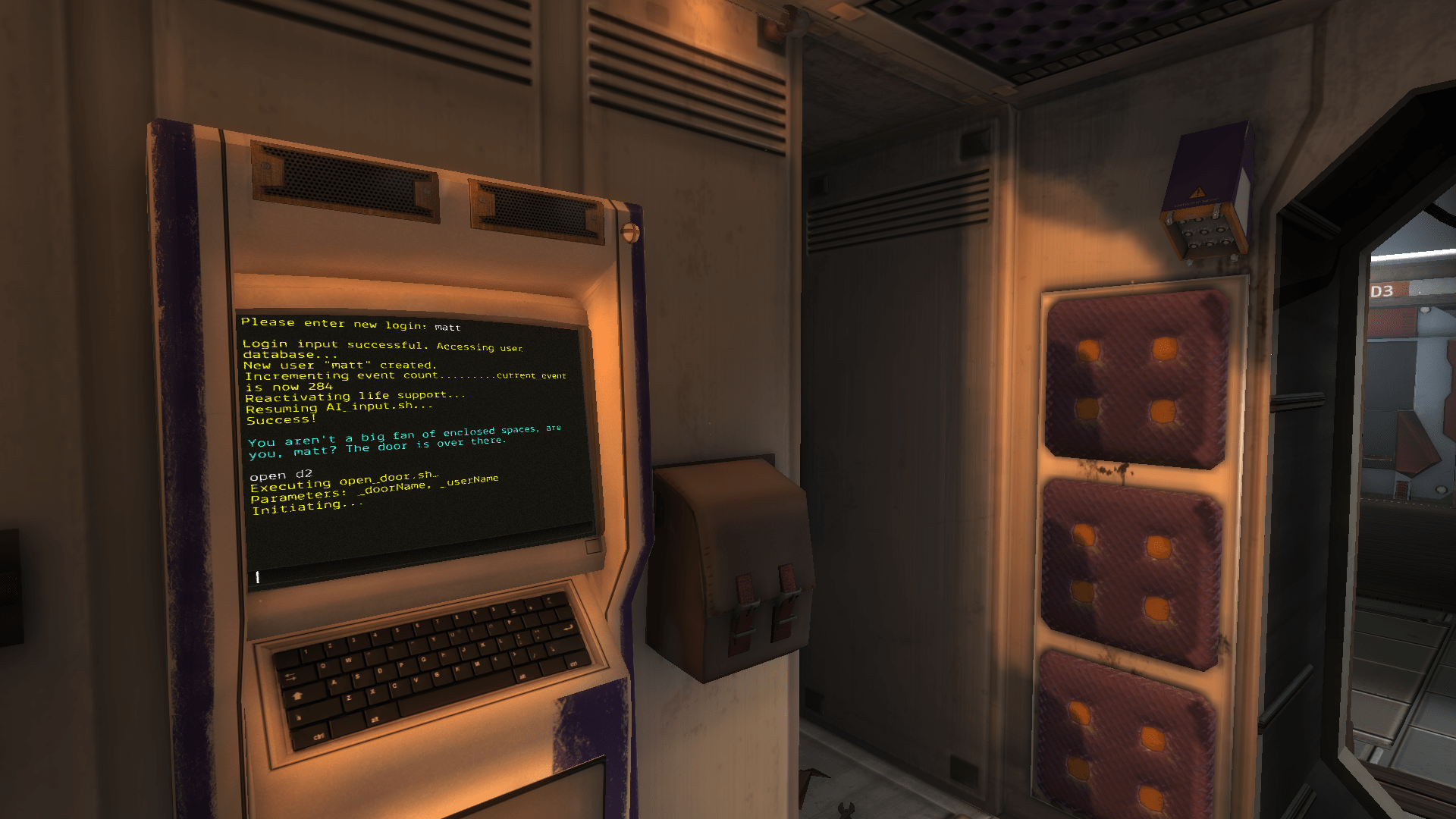 As I like to show many of the games that I play off to friends, I played Event[0] on a pretty decent gaming laptop. My set-up consisted of Windows 10, with 8 GBs of RAM and a GTX 960 graphics card. Even so, Event[0]’s game play sometimes chugged, forcing me to turn down my graphics settings and then re-adjust them only after performance improved. I think Event[0] could have benefited from a little more time in the development lab, but subsequent patches have eased the performance issues a bit. So, they shouldn’t stop you from playing the game and aren’t any sort of major deal breakers.

Speaking of graphics, Event[0] has some stellar (no pun intended) visuals. They sort of reminded me of Alien: Isolation’s in both graphical detail as well as the retro-futuristic aesthetics that both games share. The primary setting—the Nautilus, had a very strong 80s vibe, stylistically, which will appeal to baby boomers as well as appreciators of 80s throwback culture in general. The sound department also nailed it, with a minimalistic aural overlay that goes a long way in heightening both the sense of isolation, as well as ratcheting up the tension at key points throughout the game. 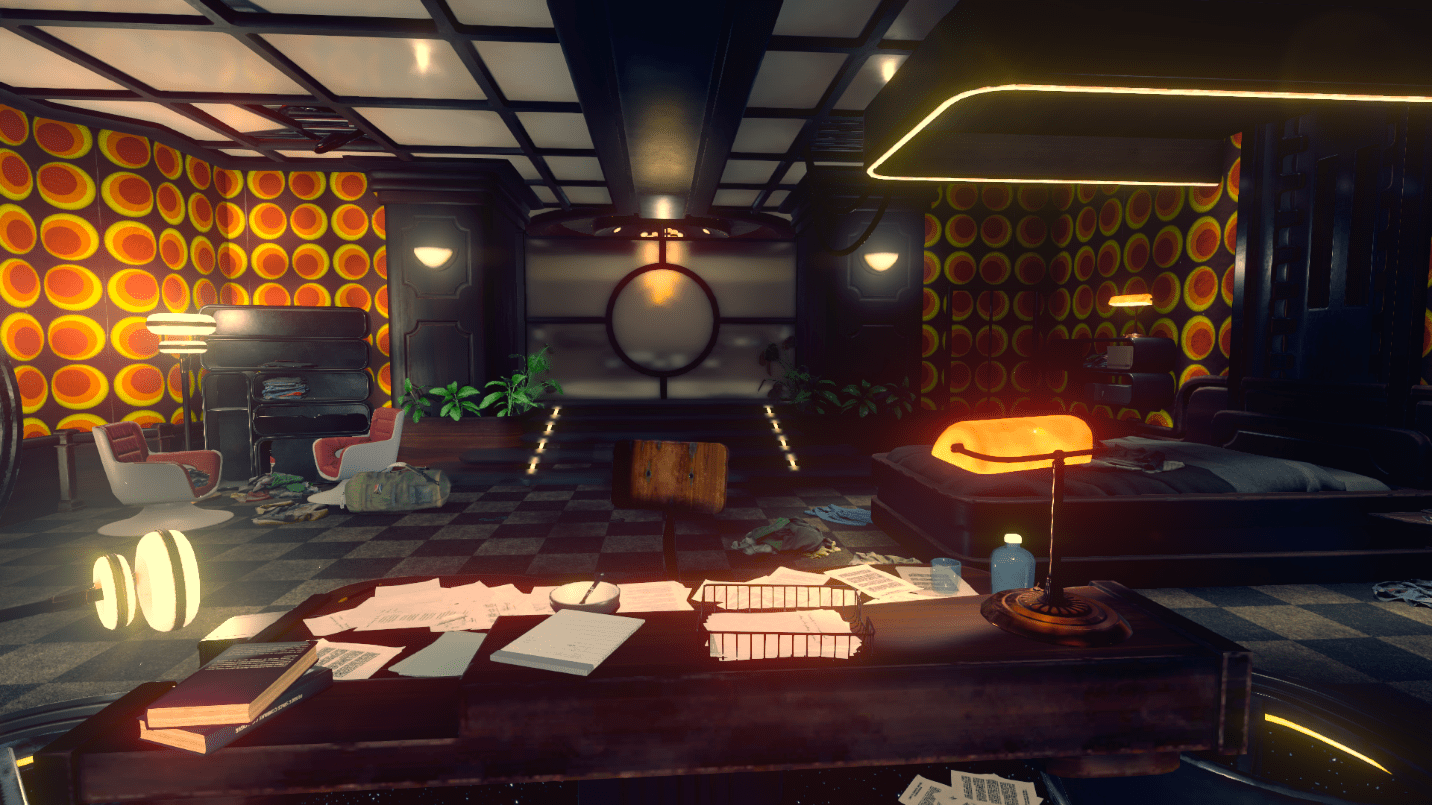 Kaisen is convincing enough as your AI companion. At one point it seemed to become aware that if it helped to get me back home (your main objective in Event[0]) it wouldn’t have me around to keep it company. When that happened, it began to appeal to my sense of sympathy, and really poured on the guilt at the prospect of me leaving it behind. I actually started to feel bad about progressing through the game with the end goal of disembarking from the ship and leaving Kaisen all alone once again. Event[0] can really tug on your heartstrings.

But then again, it also carries with it an undercurrent of thinly-veiled secrecy. Is your character merely being manipulated in order to fulfill some murky plan that Kaisen has in store for you? Is there another destination that it has in mind for you both? You will probably ask these and many other questions as you attempt to unravel Event[0]’s tangled tale. Event[0] plays like a good science fiction thriller/mystery film—one that kept me guessing, (and second-guessing) on more than one occasion. 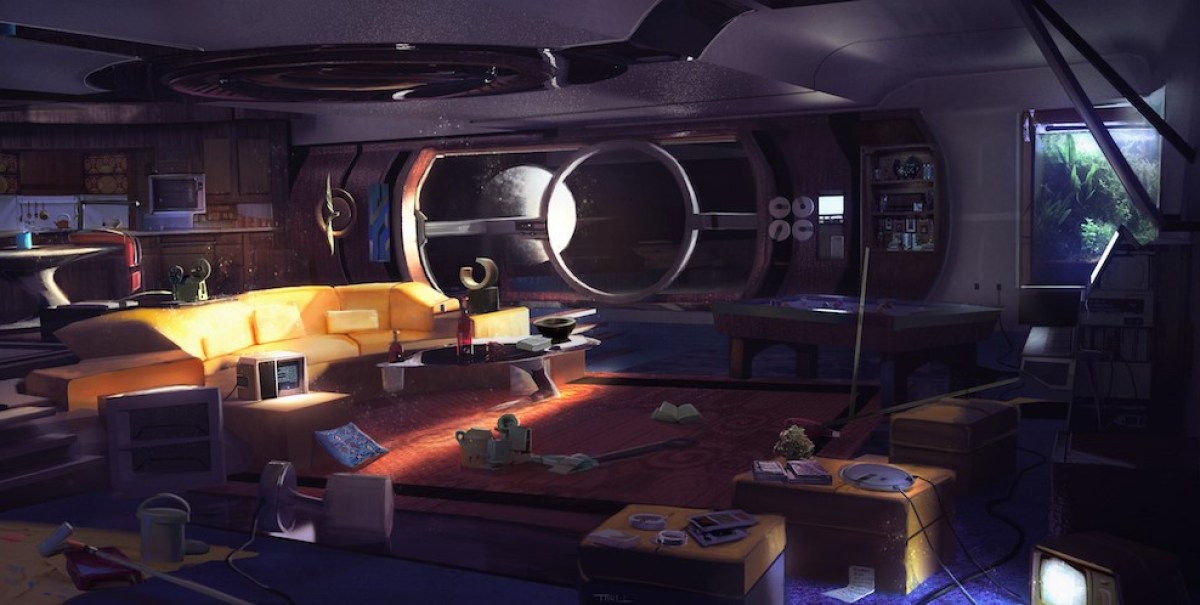 Event[0] is an excellent and immersive thrill ride of a game, and combines beautiful graphics with an original and intriguing storyline. Although it is mainly text-based, there is enough variety in the AI’s reactions to make the game very different every time that you play through it. If you’re a fan of mysteries, or simply curious about questions such as what it is to be human, etc. I recommend trying Event[0], a modern retake on age-old philosophical queries.