MOBA games are all about teamwork and communication. It is the reason why MOBA games are more engaging other than the fact that it encourages people to meet and make new friends. But just like in any community, the MOBA world is filled with different kinds of individuals. And if you happen to be playing MOBA game on your gaming laptop or PC, then you have probably met a few of them.

Here are some of the stereotypes we’ve met along the way:

The Nice Guy is everyone’s favorite teammate. He’s there to play the game to enjoy it with his teammates. He’s usually the one who keeps the team together and gives advice or feedbacks to help you with your gameplay. His helpful attitude is what makes his teammate play at ease and efficiently. This guy is also the type to always back you up on team fights and saves you from getting killed. They are often the ones who play as supports.

The Know-It-All is the type of player that usually points out everything his teammates must do to win the game. He likes to act as the leader, and will comment now and then on your gameplay. He will command you to do certain actions, and try to control you on how to play the game. This player tends to have all the bad qualities of a dictator, and will always like to play in command.

Unlike the Know-It-All, the Leader sets a good example and has a pleasant attitude that earns him his title. With his good gameplay and impressive moves, he can quickly gain the trust of his teammates. Like the Nice Guy, he can help you improve your strategy and your overall gameplay. This type of player usually isn’t afraid of initiating the team fights, and can quickly work himself out of clashes.

The Troll is the kind of player which finds happiness by playing around and irritating his teammates to death. He usually does this by sending inappropriate things in the chat box or by displaying a weird gameplay that often puts his teammates in danger, such as initiating early team fights or by last hitting enemy champions and stealing the kill. Don’t worry; you can always report these jokers in-game.

The Noob are new players in the game. And since they are still in the process of learning the controls and the overall gameplay, don’t expect too much from them. The nice thing though about these players is that most of them are kind enough to accept criticisms and feedbacks. So try being helpful to these guys and teach them a few tricks or two.

The Quitter is the player we all love to hate. He’s the type of player that will leave the team fending for themselves whenever he likes or if he thinks that they are already losing. The problem about these players is they can quickly destroy the morale of others. The best solution for this kind of players is to report them and let the game developers ban their accounts for good. 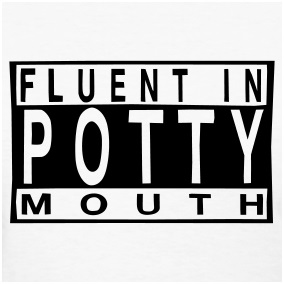 The Potty Mouth are players who can curse worse than a sailor. They know every degrading word there is to infuriate his teammates. He likes to blame others when his team loses, and fill the chat box with insults. Like the Know-It-All, he will often comment on your gameplay and will slur on your strategy. The best way to handle these toxic people is to ignore them and set your chat on mute.

Remember that like in the real world; you can meet different kinds of individuals online. Some are nice, while others are not. The only option you have is to remain friendly to everyone and make the MOBA community a better place for everyone.